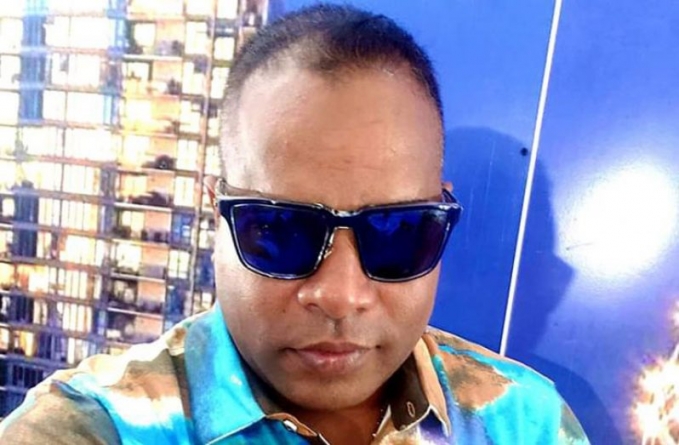 AS Guyana continues to grapple with the COVID-19 epidemic as well as the elections impasse, words and messages of positivity and unity are much needed to remind citizens to be respectful and stay calm amid the chaos.
However, one of Guyana’s artistes, Mahendra Ramkellawan, who is famously known for his hits, ‘Dem ah watch meh’ and ‘One more for the road’ has recently had the eyes of many on him as he was seen in several videos posted to Facebook inciting his fans and viewers to render attacks on a few executive members of the coalition.

Ramkellawan, who has a seemingly large number of followers on his social media platforms, has been using those platforms to create even more tension in an already tense atmosphere.

In the video viewed by this publication, Ramkellawan said, “Supporters, friends anywhere you see Ramjattan and Nagamootoo spit in their face; anywhere you see Ramjattan or Nagamootoo spit in their face or throw a bucket of water or anything you have in your hand that wouldn’t harm them; don’t touch them and nothing do with acid, but anywhere you see them sit down drinking rum or meeting, spit in their face.”
Ramkellawan went on to say that he would post bail for anyone who carries out the act, “I will pay the fine, I will pay the $15,000 fine in court.”
When contacted, the Chief Executive Officer of the Ethnic Relations Commission (ERC), John Smith, related that he had heard of the complaint but at the time of interview was unable to say if an investigation was underway, “ I heard the name but I don’t know the status.”

According to the laws of Guyana, intentionally spitting on another is an act of assault and one can be placed before the courts on criminal charges.
Earlier this month the ERC amid the political season, stated that they have received a plethora of complaints which are deemed to be racially insensitive and inciting which targeted individuals, politicians and political parties. All of which emanate from social media postings.
Owing to the COVID-19 epidemic, the commission noted that given their reduced staff in keeping with the necessary protocols and restrictions, due to the virus, the commission has been working and will continue to work in assessing and investigating complaints.

“The commission, being fully cognisant of the devastating impact these incidents, which incite race hate and violence, have on the further widening of division among the ethnic groups and the need for investigations to be completed swiftly, seeks the public’s indulgence for understanding. It assures of its continual efforts to work assiduously to have these matters resolved within the shortest possible time,” the commission wrote.