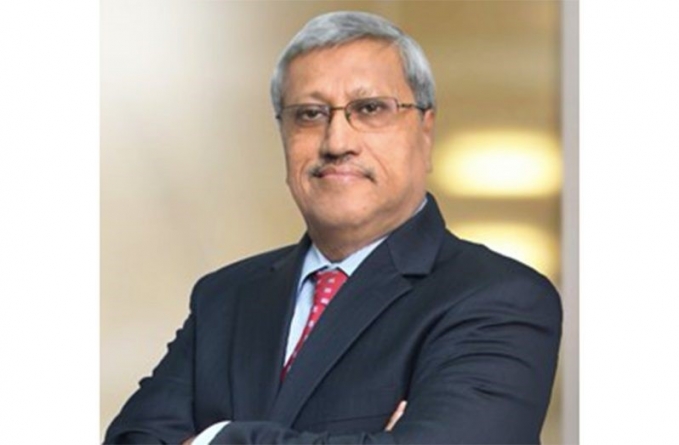 THE Demerara Distillers Limited’s (DDL) commitment to the Guyanese community in Canada has been described as “very visible and commendable”.
The company was deservedly rewarded for its “Business Excellence and Leadership” when the Guyana 50th Republic Anniversary Celebration Committee hosted its “Virtual Guyana Republic Jubilee and Cultural Presentation” on Sunday night.

The event, which saw President, Dr Irfaan Ali and Minister of Foreign Affairs and International Cooperation, Hugh Todd, addressing the virtual gathering, was held under the auspices of the Consulate General, Toronto, under the theme “An evening of Appreciation, Recognition and Unity.”
Among the other awardees were Giving Help To Kids (GHTK), a registered Guyanese-Canadian charitable organisation, The Canada Guyana Outreach Mission (CanGo), a non-profit organisation, Tosh Jeffrey – Young Professional Community Catalyst, Anthony Treva Subryan – Business Excellence and Leadership ATS Engineering Inc., the late Pamela Maynard, who was honoured posthumously for her contribution to Arts and Entertainment; Joe Jaglall, Linden King and Imran Ally, who were honoured for their roles in volunteerism and community service.
Arts and Entertainment awards also went to former Guyana Police Force band member, Jan Morgan, Sandra Brewster and Andrea Douglas.

DLL, through its Executive Chairman, Komal Samaroo, has been credited with supporting many Guyanese community events over the years, including those hosted by the Caribbean Northern Charities, Giving Health to Kids, Guyana Ex-Soldiers Association of Canada, Last Lap Lime, Guyana Independence Festival, the Alliance of Guyanese-Canadian Organisations and the Guyana Ex-Police Association of Canada, among others.
The El Dorado brand received the Gold Award at the International Rum Festival in Canada in 2003, as well as the award for Best Rum Worldwide at the International Wine and Spirits Competition in the UK for a number of consecutive years.

The other Business Excellence and Leadership award went to ATS Engineering Inc., whose owner is Guyanese-born, Anthony Treva Subryan.
ATS Engineering specialises in the dairy industry, manufacturing machines to package products such as cottage cheese, sour cream, yogurt, ice cream, margarine, juices, sauces, dips and an endless list of plastic containers used in food packaging. The company has grown and expanded and

ships its products all across Canada, the USA, the Caribbean and many other parts of the world. The packaging machine used by Banks DIH in Guyana for its ice cream was manufactured by ATS Engineering Inc.

MASTER BUILDER
ATS’s machines exceed USDA, FDA and 3A Dairy Standards. ATS has been in business for over 25 years and Anthony Subryan is recognised in the industry as a “Master Builder”, who has mastered the art of redesigning and modifying dairy equipment, mostly filling machines for processors that needed to achieve higher speeds and efficiencies. ATS Engineering Inc. is recognised as one of the undisputed leaders in the dairy industry in Canada for its innovative work.

GHTK, which is headed by Dr Narendra Singh, is an organisation that is comprised of dedicated and compassionate individuals who form the Board of Directors and their motto is “Every child deserves a life”. Since the inception of GHTK, infant mortality rate in Guyana has been reduced by 40 per cent.
The initial work of GHTK, which was awarded the Outstanding Achievement Award – Non-profit Organisation, was focused at the Georgetown Public Hospital Corporation (GPHC) with the opening of a new neonatal Intensive Care Unit (ICU) but has further expanded to five other hospitals in Guyana.

The Canada Guyana Outreach Mission (CanGo) is a non-profit organisation dedicated to promoting health care in Guyana through confidential, compassionate and supportive medical services to the general public with emphasis on the remote parts of Guyana. CanGo has been visiting Guyana annually since 2014 with particular focus on the remote regions where access to healthcare is a challenge. The CanGo team is made up of dedicated health care professionals from Canada, the United States of America and Guyana.
Young Professional Community Catalyst, Tosh Jeffrey, is an artist born in Guyana, who migrated to the USA, then to Canada, where he obtained a BA in Visual Art and a BA in Art History from the University of Western Ontario. He went on to Teacher’s College in Australia where he obtained a Graduate Diploma in Education. Jeffrey believes that his life story shaped his perspective and informs his art.

VOLUNTARY SERVICE
Over the many years, Volunteer and Community Service awardee, Joe Jaglall, has partnered with many organisations to raise funds for the needy and vulnerable members of the community. Some of the organisations and causes that have benefited tremendously from his voluntary services are the Vedic Cultural Centre in Markham; the Peel Arya Samaaj Mandir and Cultural Centre; the Shiva Mandir in Scarborough; the Seva4life Canada Inc.; the Humanitarian Mission of Port Mourant, Guyana; the Vedanta Academy in Bush Lot, Berbice, Guyana; Green Dupatia; the Children’s Orphanage in Cornelia Ida, Guyana; Shiva Mandir in Scarborough; Youth training camps, both in Guyana and Toronto, among others.

Imran Ally is the official Imam and resident scholar (Shaykh) of the TARIC Islamic Centre where he continues in service dutifully since 2000. His charismatic delivery along with his ability to establish meaningful and honest connections when speaking to crowds, make him a sought-after Imam to preside over many milestone occasions and community events. His role encompasses being a religious guide, educator, counsellor, arbitrator, mediator, and marriage officer.

Pamela Maynard, who was honoured posthumously, was born in Guyana, and the daughter of Guyanese born singer/songwriter, Mavis Maynard, who wrote Pamela’s debut hit– Lost, Lonely and Helpless. She is described as a versatile artiste, performing such genres of music like Gospel, Reggae, Soul, R&B, Jazz, Calypso and Soca.

Maynard made history in the film industry by receiving awards in four genres of music, namely Best Reggae, Country and Western, Soul and R&B from SurfNoir Inc in the USA. In the UK, she received the prestigious JetStar Award, the Music Volks Award in Germany and the Reggae Award, Best Calypso and Best Gospel Awards in Canada, among others. Her daughter, Mrs. Sonja Maynard-Knights accepted the award in memory of her mother.

TRUMPETER EXTRAORDINAIRE
Arts & Entertainment awardee, Jan Morgan, is described as a trumpeter extraordinaire and in some quarters, he is fondly referred to as a musical genius and a musician’s musician. This talented trumpeter has, over the years, been playing at numerous charitable events in the Guyanese community, which allows him to expand and showcase his melodic musical virtuosity on the trumpet. Sandra Brewster is a visual artist based in Toronto. She has been recognised for her community-based practice that centres a Black presence located in Canada. Her work has been featured in solo exhibitions including the Art Gallery of Ontario, the Art Gallery of Guelph, Or Gallery in Vancouver, YYZ Artists’ Outlet in Toronto, A Space Gallery in Toronto and in group exhibitions including Mamuzic Gallery, Novi Sad, Serbia, Art Gallery of Nova Scotia,

Arsenal Habana in Cuba, Dunlop Art Gallery in Regina, Saskatchewan, Lagos Photo Festival in Nigeria, Musée des beaux arts in Montreal, the Royal Ontario Museum, Art Gallery of Windsor, and Allegheny Art Galleries in Meadville, Pennsylvania.
Andrea Douglas founded the Children and Youth Dance Theatre in 1992 and the Caribbean Dance Theatre in 1995 and served as their Artistic Director and Performer. While working with these two groups, she was a freelance dancer and choreographer and performed for the Miss Guyana Canada Pageant, the Miss Jamaica Pageant, the Miss Caribbean/Canada Pageant, the Applause Institute’s Cotillion Ball and the Edge Programme. The groups’ repertoire includes modern dance, classical ballet, jazz, Afro Caribbean and hip-hop dance. This included educational excursions, cultural workshops and community performances.