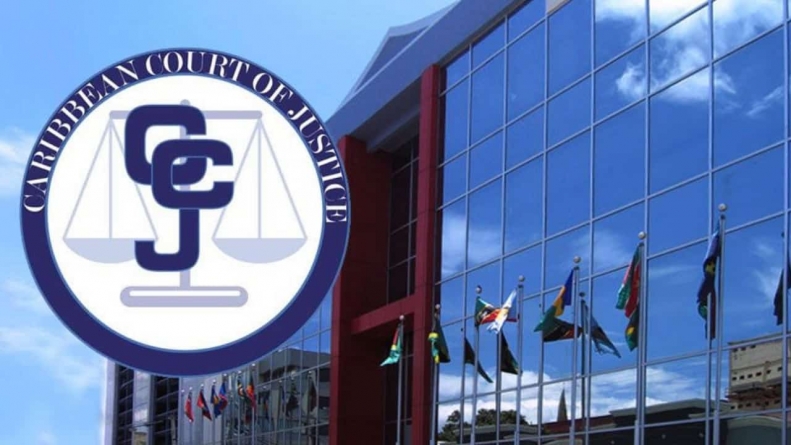 AT 15:00hrs today (July 8), the Caribbean Court of Justice (CCJ) will rule on whether or not it has jurisdiction to hear an appeal filed by the People’s Progressive Party/Civic (PPP/C) seeking to set aside a decision of the Court of Appeal that Guyana’s President must be elected based on the majority of valid votes cast at the General and Regional Elections held last March.

Since the application was filed by the PPP/C’s General Secretary, Bharrat Jagdeo and Presidential Candidate, Irfaan Ali, there has been much debate on whether the Court of Appeal’s decision could be appealed on the basis that the Article – Article 177 (4) – under which the decision was made, states that any ruling made thereunder by the Appellate Court is final.

Today, the CCJ will, in effect, bring that debate to a close with its decision. If it rules that it has no jurisdiction, the decision of the Court of Appeal will remain enforced, and the Order, which was issued in late June by the CCJ, blocking the Guyana Elections Commission (GECOM) from declaring the results for the Elections will be lifted. In other words, the Elections Commission will be allowed to proceed with the declaration of the Elections’ results. However, in doing so, it will be bound to adhere to the ruling of the Court of Appeal that the President must be elected based on the majority of “valid votes” cast as mandated by Article 177 (2) (b) of the Constitution.
However, if the CCJ indicates that it has jurisdiction to hear the appeal, it will then proceed to rule on the substantive matter, that is, whether the Court of Appeal’s interpretation of the Article 177 (2) (b) was correct. By a 2-1 majority, the Court of Appeal, on June 22, had ordered that the words “more votes are cast” in Article 177 (2) (b) be interpreted to mean “more valid votes are cast.”

While the PPP/C’s lead attorney, Trinidad’s Senior Counsel Douglas Mendes, has urged the court to assume jurisdiction, other Attorneys from the Caribbean, and as far as the United Kingdom, have said that Guyana’s Constitution and the Caribbean Court of Justice Act have effectively ousted the jurisdiction of the regional Court from adjudicating on any decision made by the Guyana Court of Appeal, under Article 177 (4) of the Constitution and as such the CCJ has no jurisdiction to entertain the appeal. Among those lawyers are Guyana’s Attorney-General, Basil Williams; Trinidad and Tobago’s Senior Counsel Reginald Armour and John Jeremie; Antigua and Barbuda’s Queen’s Counsel, Justin Simon; Grenadian Queen’s Counsel, Dr. Francis Alexis; and Queen’s Counsel, Dr. Richard Wilson, a visiting Professor of Law at the Coventry University in the United Kingdom.

In both his written and oral submissions, Senior Counsel John Jeremie, the lead attorney representing Eslyn David, the first-named respondent, argued that there is no room for an appeal under Article 177 (4). He had explained that the relief sought in David’s Notice of Motion for the interpretation of Article 177 (2) (b) fell squarely within the jurisdiction of the Court of Appeal (CoA), as provided in Article 177 (4).

“The wording and operation of Article 177 (4) operates as a complete bar to any appeal to the CCJ. Once the CoA has exercised its jurisdiction pursuant to Article 177 (4), its decisions are final and cannot be subjected to review, except by the CoA similarly exercising powers under Article 177 (4),” the Trinidadian Senior Counsel explained.
Article 177 (4) of the Constitution confers on the Court of Appeal an exclusive original constitutional jurisdiction “to hear and determine any question as to the validity of an election of a President in so far as the question depends upon the qualification of any person for election, or the interpretation of this Constitution.”
In representing the interest of Joseph Harmon, the A Partnership for National Unity + Alliance For Change (APNU+AFC) Agent, Senior Counsel Reginald Armour told the CCJ that in addition to Article 177 (4), the Agreement, under which it was established, and the Caribbean Court of Justice Act limit its jurisdiction.

Armour alluded to Article XXV (5) of the Agreement, which states: “Nothing in this Article shall apply to matters in relation to which the decision of the Court of Appeal of a Contracting Party is, at the time of the entry into force of the Agreement pursuant to the Constitution or any other law of that Party, declared to be final.”
While Mendes, in his submissions, agreed that the CCJ cannot hear an appeal to the Court of Appeal’s decision made under Article 177 (4), he has argued that the Court of Appeal did not make a decision under Article 177 (4), because it had no jurisdiction to do so.

AN INTERPRETATION OF THE CONSTITUTION
But Antigua and Barbuda’s Queen’s Counsel, Justin Simon, who appeared in association with the Attorney-General, explained that the core of David’s Motion was for an interpretation of Article 177 (2) (b), which outlines the procedure for the election of a President. He pointed out that the Court of Appeal, in its decision, simply interpreted the words “more votes are cast” to mean “more valid votes are cast.”

“This was the specific relief which was given, because there were no coercive orders made by the Court of Appeal. And in giving that interpretation, the Court of Appeal was looking at the broad meaning of the words which were used in Section 96 of the Representation of the People Act. It is our respectful contention, therefore, that what was sought was an interpretation of a Constitutional provision, and as such, we submit that…Article 177 (4) gives to the Court of Appeal, in no uncertain terms, the exclusive jurisdiction to hear the motion which had been filed by the first respondent,” the Antigua and Barbuda Queen’s Counsel submitted to the court.

FAIR RULING
Notably, the President of the CCJ, Justice Adrian Saunders, had assured that the ruling of the regional court would be in keeping with the laws of Guyana and the submissions of the attorneys, and not the utterances of external forces.

“You can rest assured that the bench is going to treat with this matter only on the basis of the material that you and your colleagues, those with you, those against you, those who are in this court today, on the basis of what you submit and that is what is always done, certainly by this court. So you can rest assured that we are not going to have regard to anything which is being said outside of the court, and which does not feature as a relevant part of these proceedings,” the CCJ President had assured during the Case Management Conference (CMC) held on June 25, 2020.

Senior Counsel Jeremie had expressed concerns that statements issued by leaders of the Region could influence the case. In recent times, Prime Minister of Barbados, Mia Mottley and Dr Ralph Gonsalves, Prime Minister of St Vincent and the Grenadines, have come in for heavy criticisms owing to statements they made which can prejudice the case. Mottley, who has since handed the chairmanship of CARICOM to Dr. Gonsalves, had delivered stinging criticisms against the Chief Elections Officer, Keith Lownefield after he had submitted his Elections Report to the Chair of the Elections Commission, Justice (Ret’d) Claudette Singh.
In responding to calls by the PPP/C that the Chief Elections Officer should be made to withdraw his report, the CCJ made it clear that it cannot undo what had already been done. “We cannot undo what was done by the Chief Elections Officer,” President of the CCJ said during the Case Management Conference.