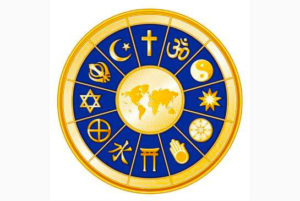 The Inter-Religious Organisation of Guyana (IRO) and the Guyana Council of Churches (GCC) have noted that the current electoral impasse provides policy makers with the “golden opportunity” to begin constitutional reforms and other improvements to government structures.
The organisations, in a statement, said that they were hopeful that politicians would seize the moment and put systems in place to ensure betterment for Guyanese.

“We are of the view that if this situation is not properly and correctly rectified, it will continue to be a ‘cancer in the bones’ of our beloved nation gnawing away at our national life and progress as a nation. As a consequence, we suggest that it may be timely to explore constitutional and other reform initiatives that promote and accelerate unity, inclusivity, objectivity, tolerance, and development,” the bodies noted.

They also condemned the character defamation and the actions of racial segregation that have been ongoing and made an appeal for peace, reconciliation, trust, and stability within Guyana.
The IRO and GCC said they have been paying attention to the deteriorating political climate in the aftermath of the March 2, 2020 General and Regional Elections. The bodies are cognisant of the view held by the two major parties that they have won the elections.

Additionally, they noted that they were aware of the negative international attention that Guyana has attracted, and has been subjected to during this process.
“As Guyanese, it is imperative that regardless of our political persuasions, that Guyana’s interests be paramount in all regards. Further, as religious leaders, we firmly stand on the side of morality and good governance,” the statement read.

The religious bodies expressed that all parties should respect the rule of law and urged the political parties to adhere to the decisions of the Guyana Elections Commission (GECOM) and the respective courts. It reminded that every Guyanese has the freedom to associate with and/or belong to a political party and as such, this right should be respected by everyone.

“In the pursuit of resolution of this political impasse, the principles of international norms, Guyana’s international commitments, international solidarity with those commitments and of democracy be respected; and the Constitution of Guyana is the supreme authority of Guyana and, therefore, should be respected in all regards. Further, the decisions made by the relevant courts on the final interpretation of any constitutional queries must be respected as well,” the religious bodies expressed.
The organisations also called for the swift conclusion of the electoral process, so that focus can be placed on both the immediate threat of COVID-19 and the development needs of Guyana.