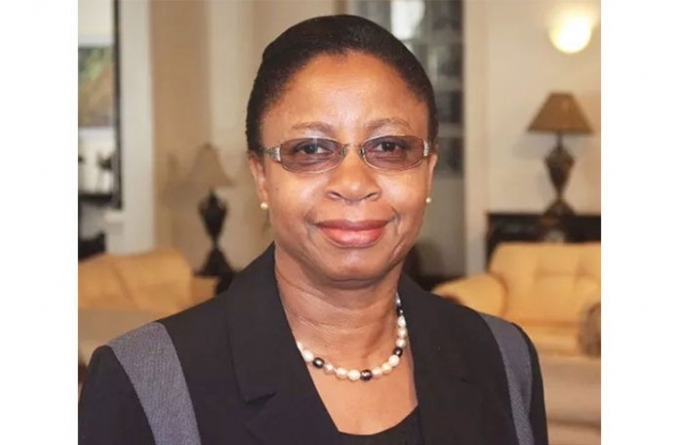 The electoral laws governing the tabulation of Statements of Poll for General and Regional Elections are directory and not mandatory, Senior Counsel Neil Boston argued on Tuesday, even as he maintained that the Returning Officer for Region 4, Clairmont Mingo, did not err when he declared the total number of votes for each Candidate in his District.

According to him, the Returning Officer resorted to a spreadsheet for the final count after there was ruckus and confusion in the Guyana Elections Commission’s (GECOM’s) Command Centre. However, on the flipside, Trinidad and Tobago’s Senior Counsel Douglas Mendes argued that Mingo failed to follow the correct procedure outlined in Section 84 of the Representation of the People Act. At 14:00hrs today, Chief Justice Roxane George-Wiltshire will decide whether the Returning Officer adhered to the Electoral Laws before issuing his declaration last Thursday (March 5, 2020).

Senior Counsel Mendes – the lead attorney representing Holladar on behalf of the People’s Progressive Party/Civic – has argued that Section 84 of the Representation of the People Act stipulates that the tabulation be done in the presence of agents from the various political parties and observers, but Boston, in debunking that contention, submitted that Section 84 is directory and not mandatory. “The Returning Officer is duty-bound to rely on the Statements of Poll that were remitted to him from the various stations in District 4. He does not have to go through a period of resolving discrepancies that arise in relation to the Statements of Poll that he has received from the various stations,” he further submitted. Boston told the Court that despite PPP/C’s disruptive behaviour in the Command Centre on March 5, 2020, Mingo declared the total number of votes secured by each List of Candidates, having completed the final count.

Mingo recounts
In an Affidavit of Defence, Mingo disclosed that the process of tabulating the Statements of Poll for District Four commenced at around 22:30pm on Monday, March 2, 2020, under his supervision, in the presence of observers and candidates from the People’s Progressive Party/Civic (PPP/C) and the A Partnership for National Unity + Alliance for Change (APNU+AFC). The Returning Officer noted that though he took ill at around 11:00hrs on March 4, and was rushed to the hospital, the process continued, in his absence, under the supervision of a Senior Clerk, Michelle Miller. The entire tabulation process, according to him, was completed at around 19:30hrs on March 4. “At that point, I was ready to make a Declaration in accordance with Section 84 of the Representation of the People Act, cap 1:03 but a request was made by the representatives of certain political parties for reconciliation between matters extracted from Statements of Poll in my possession and inputted into the spreadsheet and in about 3 or 4 of the Statements of Poll held by those representatives,” Mingo explained in his Affidavit in Defence. According to him, the request was accommodated and minor discrepancies were addressed. Mingo noted that while preparing to make the declaration on March 5, 2020, Miller was interrupted by a large contingent of PPP/C representatives, who were demanding “verification” of the entries made into the spreadsheet from the Statements of Poll in GECOM’s possession. Mingo said he found no merit in PPP/C’s request and proceeded to make the declaration of the total number of votes secured by each List of Candidates.

Breach of the Act

But Senior Counsel Mendes, in his oral submissions, argued that based on the affidavit submitted by Mingo, the final count of the Statements of Polls was not done by him but rather Miller, and as such there was further breach of the Representation of the People Act. But Boston rubbished the argument. “There is no evidence that he did not do the final count before the declaration of made,” Senior Counsel Boston said, while noting that Miller merely inputted the data onto the spreadsheet.

Asked by the Chief Justice to point to the evidence where Mingo tabulated the votes before his declaration, the Senior Counsel said while it is not expressly stated in Mingo’s Affidavit in Defence, the Court must accept the presumption of regularity. Maintaining that the final count was made by the Returning Officer, Senior Counsel Boston said the correct procedure was applied. He said it was not for the Returning Officer to be back and forth with the political parties on perceived discrepancies. “I don’t think that there can seriously be any complaint that there was not a substantial compliance,” he posited while alluding to Section 84 (2) of the Representation of the People Act. “There was compliance,” Senior Counsel Boston maintained.

Meanwhile, Mendes, in his submissions, argued that while Mingo reported that the process was completed on March 4, the Affidavits of the Deputy Chief Elections Officer, Roxanne Myers and Nicola Trotman stated that the tabulation of the Statements of Poll was suspended the very night. He said according to Myers, the use of spreadsheet was also suspended on March 4, and a decision was taken to use the Statements of Poll due to an objection.

He argued that while 421 of the Statements of Poll for District Four were verified during the initial stages of the tabulation process, 458 of the Statements of Poll remain unverified, as the data inputted by Miller and later declared by Mingo was not verified in the presence of representatives of the various political parties and observers. He said the actions of Miller and Mingo contravene the laws of Guyana as he pointed to Section 84 (1) of the Representation of the People Act. Section 84 (1) states: “As soon as practicable after the receipt of all the ballot boxes and the envelopes and packets delivered to him in pursuance of Section 83 (10), the Returning Officer shall, in the presence of such of the persons entitled under Section 86 (1) to be present as attend, ascertain the total votes cast in favour of the list in accordance with the Statements of Poll, and thereupon publicly declare the votes recorded for each list of Candidates.”

Transparency
Senior Counsel Mendes said due to the absence of party agents and observers, the transparency of the process comes into question. “The failure to require that the process be done strictly in accordance with Section 84 (1) will lead to distrust in the process, would lead to suspicion in the process, and would lead to a lack of confidence in the results that eventually declared,” the Trinidadian Senior Counsel submitted to the Court.
While Senior Counsel Mendes sought to suggest that the votes declared by Mingo vary from the carbon copies given to the PPP/C by the Presiding Officers, he was cautioned by the Chief Justice, who made it clear that she will not be treating with counts or data produced by any other person. Justice George-Wiltshire reminded him that the Court’s primary concern is whether the addition of the Statements of Poll was done in the presence of those entitled to be there.

Holladar, through the PPP/C is seeking to have the Statements of Poll recounted in the presence of agents from the various political parties and observers. If the orders sought by Holladar are not granted by the CJ, her ruling would effectively clear the way for GECOM to declare the final results for the General and Regional Elections. The Chairman of the Elections Commission, Justice (Ret’d) Claudette Singh would then write the Chancellor of the Judiciary, Yonette Cummings-Edwards for the President to be sworn-in.