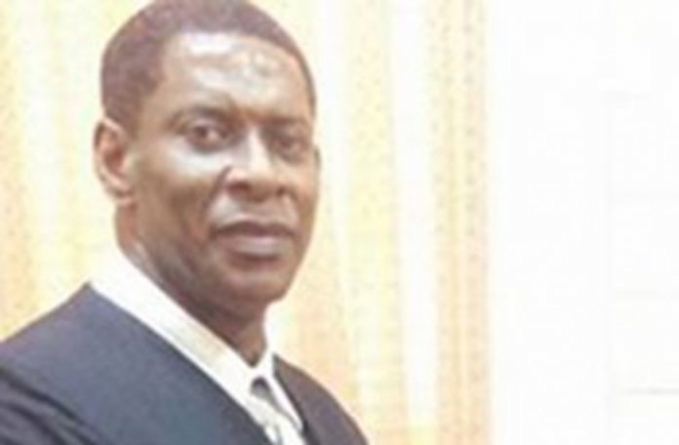 HIGH Court Judge, Franklin Holder, in refusing to stay the proceedings of the case brought by Ulita Moore to block a National Recount, took stock of the fact that weeks after the general and regional elections were conducted, the results have not been declared by the Guyana Elections Commission (GECOM).

On Friday, moments after Justice Holder established that the High Court has jurisdiction to hear the Fixed Date Application (FDA) filed by Moore against GECOM, its Chair and Chief Elections Officer, Trinidad’s Senior Counsel, Douglas Mendes, who appeared via skype, asked the court to stay the proceedings to allow for the filing of an appeal.

Mendes is among a battery of lawyers representing Leader of the People’s Progressive Party/Civic (PPP/C) List of Candidates, Bharrat Jagdeo – one of the added respondents in the case. In refusing to grant the stay, Justice Holder took note of the fact that elections were held on March 2, 2020, and according to the Representation of the People Act, the commission ought to have declared the final results no later than 15 days after those elections were held.

However, the High Court Judge said he is cognisant that the setback in the declaration of the results is as a result of a number of legal proceedings filed in the court challenging various aspects of the electoral process. “In the interim, while there is a President, we have no parliament, the purpose of government is being stymied, to grant a stay at this point is to further protract the elections proceedings,” Justice Holder told the lawyers of both the applicant and the respondents in the case. However, he said his decision does not bar Jagdeo from filing an appeal.

Added to that, he made it clear that his pronouncements do not address the validity of any count. Ahead of the court’s refusal to stay the proceedings, Trinidad’s Legal Counsel, Keith Scotland, and Grenadian Queen’s Counsel, Dr. Francis Alexis, – two of the lawyers representing Moore – objected to the proceedings being stayed. Both Dr. Alexis and Scotland appeared via skype. In asking the court not to stay the proceedings, the Grenadian Queen Counsel questioned what prejudice, if any, would result from the court’s refusal to grant the stay of proceedings. “Absolutely no prejudice what so ever can be done to the client of Mr. Mendes by the refusal of a stay,” Dr. Alexis said, as he urged the court to continue the case as normal. He posited that if the case is to be protracted there will be greater uncertainty. Outside the court, Anil Nandlall, one of the attorneys representing Jagdeo, indicated that his client will appeal the High Court’s decision that it had jurisdiction to adjudicate over the case brought by Moore, even as he maintained that the application ought to have been brought by way of an election petition.

“What Ulita Moore is questioning, is decisions of the commission and that is what the law says should only be challenged by way of an elections petition. The judge didn’t accept our arguments and ruled that he had jurisdiction to hear the substantive matter,” Nandlall told reporters. Moore’s case is expected to come up again on Monday, March 30 at 13:00hrs, however, Nandlall, late Friday afternoon, filed an appeal on the grounds that the High Court Judge erred when he ruled that the court has jurisdiction to hear the case. “An appeal against Justice Franklin Holder’s ruling in the Ulita Moore case that the High Court has jurisdiction to hear and determine those proceedings, along with an application for a stay of those proceedings while the appeal is being heard, has already been filed, and is fixed for hearing at 11:00hrs on Monday, March 30, 2020,” Nandlall said on Friday evening. The appeal would first have to be heard before a full court. That decision would more than likely be appealed at the level of the Court of Appeal before a final decision is sought from the Caribbean Court of Justice.

Senior Counsel, Roysdale Forde, one of the attorneys representing Moore, told reporters that he was satisfied with the ruling of the High Court on all grounds. He too supports Justice Holder’s decision to proceed with the substantive case, noting that electoral process has been protracted for far too long. A stay of the proceedings, he said, would result in further delays. “It is obvious, it would only serve to delay the process unnecessarily but they are entitled to do that. I believe that in view of what the law is, that the full court would deal with that expeditiously,” Forde posited. Senior Counsel Neil Boston – the attorney representing the Chief Elections Officer, Keith Lowenfield – was in high praises of the decisions handed down by Justice Holder. He said actions of GECOM, in this instance, are subjected to judicial review based on the allegation that it has acted outside of its constitutional powers. Like the High Court Judge, Boston referenced to Article 161 (B) of the Constitution, which protects the Elections Commission from political interference. That Article states: “It is hereby declared that the role of political parties and their nominees in the conduct of elections by the elections commission shall be limited to their participation in determining policy, monitoring the electoral process and the conduct of the election, but does not include active management of the electoral process.”

In her application, Moore is seeking to permanently block GECOM from facilitating a national recount of all the votes cast at the March 2 General and Regional Elections, based on an agreement by President David Granger and Leader of the Opposition, Bharrat Jagdeo. That agreement also intends to have a high-level Caribbean Community (CARICOM) team supervise the recount. “The politicians have no right to interfere in the supervision or the running of elections in Guyana. So that agreement between President Granger and Mr. Jagdeo is ultra vires Article 161 (1) (B); that is a breach. They can’t breach a constitutional provision,” Boston told reporters. In this case, the Chairman of GECOM, Justice (Ret’d) Claudette Singh, is being represented by Attorney-at-Law, Kim Kyte-Thomas, while Attorney-at-Law Timothy Jonas is representing A New and United Guyana (ANUG); the Liberty and Justice Party (LJP); and The New Movement (TNM) – all added respondents in the matter.