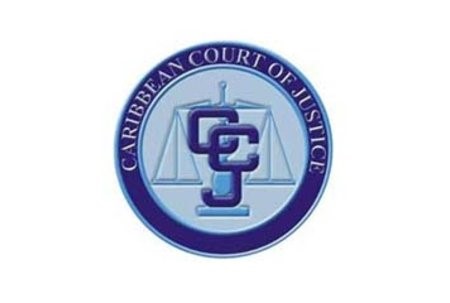 On Wednesday the Caribbean Court of Justice (CCJ) delivered its judgment invalidating the ruling of the Guyana Court of Appeal on valid votes, which essentially paved the way for GECOM to finally declare a result for the March 2nd general elections using the figures from the recount.

If the reasoning of the apex court is to be followed and applied the PPP/C would be the victors over the incumbent APNU+AFC and its presidential candidate Irfaan Ali would be declared the next president of the Guyana.

Today marks two days since the apex court handed down its decision but there has been no clarity from the elections commission on the way forward as regards giving effect to the CCJ’s ruling.

Commissioners of the Guyana Elections Commission (GECOM) had been invited by Chairperson (ret’d) Justice Claudette Singh to a meeting yesterday afternoon to discuss the way forward pertaining to a declaration of results from the March 2nd elections, following the CCJ’s ruling.

That meeting was, however, postponed to today as government-appointed commissioners have requested time to study the ruling.

Observers have noted that Wednesday’s CCJ ruling was pellucid in its dismissal of the local appeal court’s decision and the demolishing of the June 23rd report of Chief Election Officer (CEO) Keith Lowenfield dumping over 115,000 votes and purporting to hand victory to APNU+AFC when the winner based on the recount is the PPP/C.

They believe that that APNU+AFC is still looking for means to block the certification of the result and the swearing in of Irfaan Ali as the new President, even as they point out that caretaker President David Granger continues to insist that there had been fraud at the polls.

Observers have said that the manoeuvre by government Commissioners Vincent Alexander, Charles Corbin and Desmond Trotman had been expected as part of plans by the incumbent APNU+AFC coalition to further delay the process for the declaration of a result.

Among other things, the CCJ made it pellucid that it was inconsistent with the constitution for CEO or GECOM to disenfranchise thousands of electors in a seemingly non transparent and arbitrary manner, without the due processes established in Article 163 and the National Assembly Validity of Elections Act.

As a matter of fact, the court said that the local appellate court did not have the jurisdiction to hear the case in the first place and so acted beyond its powers in making a pronouncement on the constitutional meaning of “votes cast” at the March 2nd elections.

Following its ruling, the apex court has added its voice to the common chorus of swift resolution to the elections process which has now been protracted well over 100 days, while calling for the law to be allowed to take its course.

The CCJ specifically noted that Eslyn David’s case did not fall within the scope of Article 177 (4) and therefore nullified the Court of Appeal’s majority ruling that the interpretation of the words “more votes are cast” catered for in Article 177 (2) (b) should mean “more valid votes are cast.”

Ali and General Secretary of the PPP/C Bharrat Jagdeo would later successfully appeal to the CCJ.

President of the Trinidad-based court of last resort for Guyana, Justice Adrian Saunders who delivered the unanimous ruling on behalf of the 5-memebr panel of judges said that “by the unnecessary insertion of the word “valid”, the Court of Appeal impliedly invited Lowenfield to engage unilaterally in an unlawful validation exercise which trespassed on the exclusive jurisdiction of the High Court established by Article 163.

Justice Saunders had said that the CCJ could not grant consequential orders, but specifically ordered that the Court of Appeal’s decision was being set aside, while also invalidating the June 23rd report issued by Lowenfield based on that ruling, discarding more than 115,000 votes.

The invalidating of Lowenfield’s report is seen as a key opening for GECOM to proceed with the declaration of the recount result.

David through her attorneys had sought to argue that in accordance with Article 177(4) the Court of Appeal’s decision was final. The CCJ, however, said that her challenge fell outside of this provision and so an appeal to the CCJ was proper.

Article 177(4) states “The Court of Appeal shall have exclusive jurisdiction to hear and determine any question as to the validity of an election of a President in so far as that question depends upon the qualification of any person for election or the interpretation of this Constitution; and any decision of that Court under this paragraph shall be final.”

The CCJ pointed out, however, that David’s application proceeded on the premises that, among other matters, a) Order 60 which facilitated the recount had the effect of ushering into the carefully constructed constitutional scheme for elections in Guyana ‘a new and completely different legal regime’; b) GECOM had ‘abdicate[d] its responsibility to determine [the] credibility’ of the elections, a responsibility it had undertaken by the terms of Order 60 and c) the Chairperson’s 16th June directive to the CEO (who by Section 18 of the Elections Laws (Amendment) Act, 2000 is mandated to be subject to the direction and control of the Commission) required the CEO to commit an illegality.

Referencing Article 177(4), Justice Saunders said that no doubt that in instances where the Court of Appeal hears a question concerning the validity of an election of a president, where the question depends on that person’s qualifications or the interpretation of the constitution that such a decision would indeed be final and un-appealable to the CCJ.

He, however, pointed out that David’s challenge had nothing to do with Article 177(4).

He said that in cases such as mounted by David, any question about the validity of any elections must be referred to the High Court under Article 163 and that once the matter commenced in the High Court it was appealable (if necessary) right up to the CCJ as the final court of appeal.

It is this requirement which distinguished David’s challenge from what needed to be satisfied under Article 177 (4) and why her case was regarded to have fallen outside of this article.

By a majority ruling, the local appellate court ruled that it had jurisdiction to hear David’s appeal and in so doing made the insertion of the word “valid” to “more votes cast” in relation to the March 2nd elections.

The CCJ would later point out as Justice of Appeal Rishi Persaud had said in his dissenting judgment in the court below, that David’s application was also premature because Article 177(4) contemplated that before it can be triggered there should be an elected President.

The CCJ observed further that in any event, the jurisdiction to embark on an evidence-based assessment of the validity or credibility of an election is exclusively given to the High Court by Article 163 of the Constitution through an elections petition, and does not fall within the powers of GECOM.

Though the Court of Appeal had granted a stay of its ruling for three days, Justice Saunders described as inexplicable, Lowenfield’s actions of the very next day following the judgment, of submitting another report to GECOM disregarding more than 100,000 ballots.

“Ostensibly basing himself upon the decision of the Court of Appeal majority, he [Lowenfield] took it upon himself to invalidate such votes as he considered ought to be invalidated. This new report of his purported to invalidate well over 100,000 votes that had previously been counted and certified as valid votes within the meaning of the Representation of the People Act,” the CCJ said.

The CCJ noted in its ruling that Order 60 related only to the elections of March 2nd and was specifically introduced to cater for the various disputes and contentions that arose after polling day.

The intention the court said, was to provide an open, transparent, and accountable recount of all the votes cast in those elections and the purpose was to assuage the contestations among the various parties, determine ‘a final credible count,’ and remove certain difficulties or fill certain gaps in connection with the application of the provisions of the Representation of the People Act.

The recount was to be conducted in the presence of representatives of political parties that contested the elections, advisors to and members of GECOM and a range of other personnel. GECOM was to serve as the final arbiter of issues not resolved at lower levels in the established procedure and the CEO was to supervise the recount process, the court pointed out.

The CCJ said that the exclusive jurisdiction of the High Court, through Article 163, to determine, among other matters, any question in relation to whether an election has been lawfully conducted or the result affected by any unlawful act or omission was naturally unaffected by Order 60.

“There therefore exists a constitutionally mandated and evidence-based open justice process placed under the exclusive jurisdiction of the High Court with a right to appeal, if necessary, to the Court of Appeal and ultimately up to this Court,” the CCJ president said.

“This process, and utilisation of it, are fundamental to the electoral system, the legitimacy of elections and democratic governance in Guyana,” he added.

The apex court said that the jurisdiction conferred by Article 163 is capable of addressing the allegations of irregularities complained of by the incumbent and alluded to by the CEO while stating that he Chairperson of GECOM was therefore perfectly entitled and right to take the position that these allegations, if pursued, should be addressed by an election petition.

On this point the CCJ declared “neither GECOM nor the Court of Appeal is entitled to trespass on the exclusive jurisdiction of the High Court in this regard. The Chairperson was also right to note that GECOM lacks the legislative authority and the machinery to adjudicate those irregularities.”