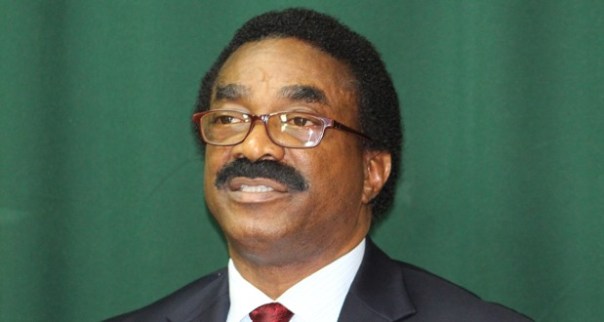 The Court of Appeal has deferred its ruling on the House-to-House Registration partial appeal until after a February 6 hearing, after efforts by Attorney General Basil Williams to introduce an old piece of “mysterious” legislation into the arguments caught the court by surprise and resulted in the parties requesting more time to review.

It was expected that the Court of Appeal would rule on Monday on the State’s partial appeal of the High Court’s decision on the House-to-House Registration case. However, much to the surprise of everyone, Williams informed the court that he had found a piece of legislation which speaks to inserting residency into the Constitution of Guyana.

This piece of legislation, Constitution Amendment Number 4, Act of 1991, was part of the constitutional reform process prior to the 1992 elections. Williams argued before Chancellor Yonnette Cummings-Edwards, Justices Dawn Gregory and Rishi Persaud, that the court should consider the Act as applicable.

However, the Chancellor questioned whether the Act was valid considering the 29-year interval. She also pointed out to the AG that the question appeared not to have been settled even with subsequent elections being held.

Former AG Anil Nandlall, who appeared for the first-named respondent, Christopher Ram, argued that this resurrected Act should not be considered as it was not included in the Constitution in the first place.

Casting doubt on whether it was even a lawful document, Nandlall requested time to peruse it. A similar request was made by the other parties, such as Guyana Bar Association President Teni Housty and recently appointed Senior Counsel Roysdale Forde.

Despite some protest from the AG, the court acquiesced to the request. The court granted all sides until Monday, February 3, 2020, to make written submissions and Wednesday, February 5, to respond. They are to return for a hearing on Thursday, February 6 at 10:30h.

After the hearing, Nandlall described the Act as irrelevant to current elections, but rather pertains to electoral reforms made in 1991 for elections the next year. According to him, his successor’s argument is a vexatious one.

“The AG is relying on a piece of legislation that was part of the reforms that took place in 1991 as we were preparing for the 1992 general elections. During that period there were widespread reforms at the level of the legislature and the electoral system. So laws had to be passed to capture the agreements arrived at by politicians at the time.”

“For example the reform of GECOM, we had to specifically keep that and put it in the Constitution, before it became a permanent part of the legislature of the country. But those other aspects of the legislation were never kept. They were like sunset legislature that fell away after the 1992 elections came and went. So it’s unfortunate, at this late hour, that the AG has come up with this time-wasting exercise.”

Nandlall pointed out that elections are already set and it would be inconceivable for the court to undo all the work the Guyana Elections Commission (GECOM) has put into making the elections happen and preparing a voters’ list. Efforts to contact the AG were futile.

Despite calling it a partial appeal, Attorney General Basil Williams is contesting most of the major points from Chief Justice Roxane George’s August 14, 2019 ruling. One of the major contestations in the appeal is the residency requirement for being registered.

The Chief Justice had ruled that persons, once registered, could not be removed by enumerators without just cause. In the AG’s appeal, however, the Chief Justice is accused of being misconceived in law by not properly considering Section 6 of the National Registration Act.

According to the AG, Section 6 of the Act makes residency a requirement for registration during the qualifying date period. The AG is also alleging that the Chief Justice, somehow, breached the separation of powers doctrine by ruling that GECOM could not remove registrants who were alive and well.