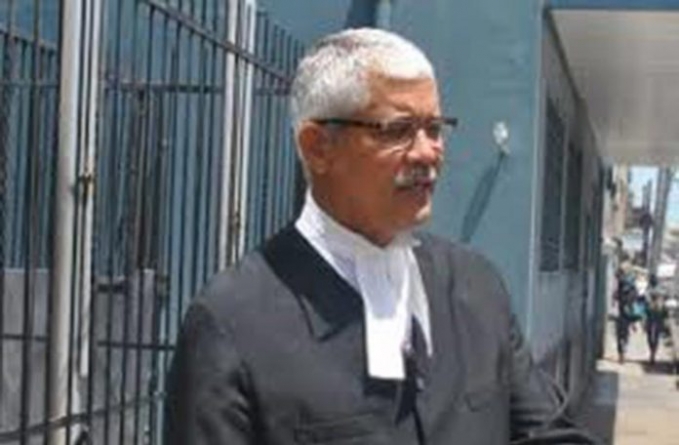 The High Court on Friday was told that the Guyana Elections Commission (GECOM) must first be allowed to manage the elections to finality and have a Government sworn into office that reflects the will of the people before the court can hear any matter arising out of the protracted electoral process.

This argument was made by Senior Counsel Douglas Mendes during a virtual hearing before acting Chief Justice, Roxane George, on Friday in the matter filed by APNU/AFC supporter, Misegna Jones, who is seeking to block GECOM from using the results from the National Recount to make a final declaration of the March 2 elections.
This is after GECOM Chair, (ret’d) Justice Claudette Singh set aside the initial declarations of the 10 Returning Officers made back in March and directed the Chief Elections Officer, Keith Lowenfield, to submit his final report using the figures from the 33-day recount exercise.
“Get the elections over, get a Government that reflects the will of the people into office, and then resolve of all of these legal disputes later on. That is what the law requires, My Lady, and that is what you are bidden to do as a first instance Judge,” Mendes posited.

The Trinidadian SC, who is representing the People’s Progressive Party/Civic’s (PPP/C) Presidential Candidate, Dr Irfaan Ali, and General Secretary Bharrat Jagdeo, noted that this principle has been upheld in several courts including by the High Court itself, as well as the Court of Appeal and the Caribbean Court of Justice (CCJ) in previous matters brought on the current electoral impasse.

No jurisdiction
Mendes further argued that the High Court does not have any jurisdiction to determine whether Section 22 of the Elections Laws (Amendment) Act is unconstitutional; whether Order 60 is valid; whether the recount is valid; whether the declarations made by embattled Region Four Returning Officer, Clairmont Mingo, is valid or not – all of which are being sought by the applicant, among other orders – simply because these are matters that are required by law to be determined via an elections petition.
“So, this case is a non-starter… All of [the] questions you are being asked to determine in these proceedings are questions which the Court of Appeal already said are to be asked under an elections petition [in the Ulita Moore case],” the Senior Counsel posited.

However, Justice George pointed out in the Ulita Moore case, the Appeal Court did not have to deal with Order 60 (Recount Order) – under which the National Recount was conducted – and this, she noted, is that distinction that the applicant, Misegna Jones, is making.
Earlier in his submissions, Senior Counsel John Jeremie, representing Jones, had submitted that the recount was conducted to provide “fodder” to the political parties and contended that GECOM cannot set aside the initial declarations made by the Returning Officers (ROs) to use the results from the National Recount. He argued such a power does not reside in the Elections Commission.
“It is one thing for a recount to proceed and to provide, perhaps, fodder for the contesting parties, to provide succour, to provide comfort, to provide grounds for a future elections petition but the point is that nothing in that Order which gave birth to the recount can supersede the express provisions of the Constitution with respect to declarations… They could not set aside declarations that had already been made,” Jeremie contended.
He noted that only the Elections Court on an elections petition can set aside the declarations.

No distinction
In contrast, however, SC Mendes pointed out that the Moore case is not distinguishable at all on the basis that Order 60 had not yet come into being. He noted that Order 60 allowed for the recount in the same way the Commission was proposing to do the recount before it was interrupted with Moore’s proceedings.
According to Mendes, a distinction cannot be made on the basis that there was no Order 60 in the Moore case but there is one now.

“There is no way, there is no basis upon which one can make a distinction between this case and that. What the Court of Appeal did in the Ulita Moore case was not to resolve a dispute in personam. What the Court of Appeal did was to interpret the legislation… And Ms Jones can’t come to say ‘I was not a party to the Ulita Moore case and therefore that decision does not bind me’. Once the court interprets legislation, it binds everyone and you can’t relitigate those points here.

Mendes further reminded that the only basis upon which the Appeal Court had intervened in the Moore case was because the Caribbean Community (Caricom) was given a supervisory role.
“…That was the only respect in which the Court of Appeal thought it could intervene. But in respect to all of the Order arguments that were made with regard to the validity of the Recount Order, those were not acted upon and in effect the court allowed GECOM to proceed with a recount,” he contended.
As such, SC Mendes contended that any challenges to the recount should be dealt with via an elections petition, adding that as a first instance court, the High Court is required to allow GECOM to complete the electoral process.

Commission cannot act upon fraudulent figures
On this note, the Trinidadian Senior Counsel went on to cite authorities in which the law is very clear whereby if unlawful advice is given then the party receiving the advice is not obliged to act upon it.
Similarly, he argued that the Elections Commission cannot act upon the fraudulent figures being submitted by the Chief Elections Officer.

“If it turns out that there is a rogue CEO who is ignoring the declarations that had been made and giving an advice based on something he invents, himself, then GECOM is entitled to say ‘I can’t act on that because that is unlawful’ and that becomes part of GECOM’s power to manage the elections, which the Court of Appeal has said the court will not enquire into until under an elections petition,” he asserted.
According to SC Mendes, as much as the CEO does not want to act on the recount results, he must obey the law, that is, Section 18 of the Elections Laws (Amendment) Act, which says that he must act under the direction and control of the Elections Commission.

Rewarding criminality
Moreover, the Senior Counsel went on to tell the court that if it were to allow the CEO to present his own figures, which consisted of the fraudulent figures of embattled Returning Officer Clairmont Mingo, then it would not only be undermining democracy and the rights of people to elect their representatives but also rewarding criminality.
The recount exercise has unearthed that Mingo heavily inflated the figures in District Four – Guyana’s largest voting district – to give the caretaker APNU/AFC coalition a landslide lead in the elections.

Dismissed attempt
Meanwhile, during Friday’s virtual hearing, the Chief Justice dismissed an attempt by CEO Lowenfield to tender ballot papers as evidence.
Lowenfield’s lawyer, Senior Counsel Neil Boston, in his written submissions had attached five copies of the ballots.
However, during the proceedings, Justice George sternly blocked the attempt.
“I am not going to consider any of that kind of evidence. That is not germane to the issues that I have to decide in this matter… If there is any evidence along those lines, I’m not interested in it,” she asserted.
Nevertheless, following the arguments presented by the various parties, the Chief Justice (ag) indicated that she will be handing down her decision on Monday, July 20, at 16:00h.