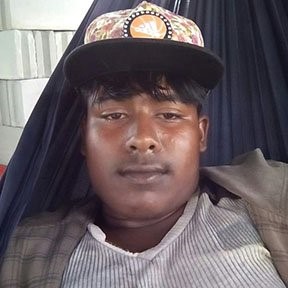 The Guyana Police Force yesterday said Sewdat Hansraj, the youth who was fatally shot during last Friday evening’s protest at Cotton Tree, West Coast Berbice, had been attacking its ranks with a cutlass alongside other protestors—an assertion that was rejected by his family and residents of the village, who called for an investigation to be done.

Hansraj, also known as ‘Devon,’ 18, of Lot 37 Cotton Tree Village, West Coast Berbice, was pronounced dead on arrival at the New Amsterdam Public Hospital, where he was rushed after being shot.

In a statement to the press yesterday morning, the force said several ranks were also hospitalised as a result of the attack, which was one of several that erupted from protests against the move to declare results from the voting in Region Four for the general elections. Some lawmen were assaulted with iron bars, pieces of wood and cutlasses.

Additionally, an eyewitness has since told this newspaper that he, too, saw Sewdat being shot in a nearby dam and not in the midst of the protesters. However, he was unable to see whether the youth was carrying a cutlass at the time of the shooting and whether he was attempting to chop a police officer.

According to Hemchand, while he tried to go to his son’s aid after learning that he had been shot, he had to retreat because he faced being shot as well. A protest was also held yesterday morning along the Cotton Tree Public Road by residents who called for justice for Sewdat. They maintained that Sewdat was not attacking the police ranks when he was shot.

However, Region Five Commander Yonette Stephens yesterday told Sunday Stabroek that the deceased was allegedly dealing a constable a chop to his back with a cutlass when he was shot once. She could not say where exactly the protester was shot.

Stephens did point out that the ranks were wearing body cameras and so footage could prove what transpired on Friday evening.

Hemchand is claiming that while his son was a part of the protest during the morning hours, after an argument with a rank he returned home. The relatives are alleging that the youth was returning to the protest when he was allegedly targeted by the police.

In its statement yesterday, the police said the attack on its ranks occurred around 7.40 pm, shortly after a Gazetted Officer and ranks cleared the said road of protesters and debris, leaving a Sergeant with several ranks to maintain free passage along the corridor.

“The ranks were then attacked by a group of men armed with cutlasses, wood, iron, etc. and were forced to discharge their weapons into the air to disperse the very hostile and aggressive crowd and after expending their ammunition the ranks including Sergeant Ibaran, Corporal Williams, Constable Grant, and Constable Fraser were forced to seek refuge in nearby yards…,” it said.

During the process, police added, it was alleged that one of the protesters, who was later identified as Sewdat, chopped Sgt Ibaran and Constable Fraser and as he was attempting to deal the latter another chop, he was shot once by one of two ranks who arrived at the scene and witnessed their colleagues being attacked and wounded.

The police were later summoned to the New Amsterdam Public Hospital on Friday evening after it was alleged that the persons who arrived with Hansraj attempted to attack the ranks who were seeking medical attention at the facility.

Ranks from Region Six arrived on the scene and arrested three persons. Commander of Region Six Calvin Brutus has since indicated that those persons were handed over to Region Five.

There were protest actions which turned violent from Bush Lot Village to Cotton Tree on Friday, resulting in riot police being summoned to the region. Their presence did not deter protesters from throwing missiles, squibs, wood and scrap iron in the direction of all the ranks present throughout the day.

The protesters also used old cars, buses, iron, trees, plants, wood, tyres and other material to start fires along the public road, causing firefighters to work throughout the night in order to contain and out the fires as soon as they were started.

Stephens stated that as of yesterday only Sergeant Ibaran was hospitalised at the New Amsterdam Public Hospital and it is expected that he will undergo surgery.

According to Stephens, his hands were fractured and he also sustained lacerations to the face, head, back, and other parts of his body, since it is alleged that he was beaten with an iron bar.

Constable Fraser and Constable Grant were also beaten about the body during the Cotton Tree Village protest.

Further, two female police ranks were injured during the protest at Bath, West Coast Berbice. According to the commander, one sustained a dislocated ankle, while the other sustained lacerations about her arms.

Stephens stressed that citizens have a right to “peacefully protest,” while also noting that she and her ranks had taken an oath and as a result they will continue their work. She called for good sense to prevail, while noting that her ranks were out early yesterday morning clearing the road to allow a smooth flow of traffic.

Meanwhile, ranks were also forced to fire shots at the Bush Lot Village, West Coast Berbice protest, after protesters refused to stop throwing missiles and attempted to attack them. In that area, some ranks were noticed running from the protesters even.

Annuradha Sukra, 19, also suffered injuries at the Bush Lot protest. She remains hospitalised in the region.

Her mother, Jayshree Sukra, had claimed that they were walking out of their street on Friday evening, when her daughter started to video record the protest. She said someone hurled a missile at a police rank, who then turned around and opened fire and her daughter was caught in the crossfire. “She na do nothing. She was just standing up videoing and them shoot at her,” the woman said.

Annuradha, who was hit with pellets, sustained injuries to her head, chest, and legs. According to the mother, as of yesterday afternoon her daughter’s condition had stabilised. She said the doctors were still to decide on the way forward, which may involve surgery.

Stabroek News was told that the two young men who were next to Sukra also sustained injuries and sought private medical attention.

Police ranks also suffered minor injuries during the clashes in the region. Brutus yesterday said that none of his ranks were hospitalised, as he stressed, that some were taken to the hospital but they were treated and discharged.