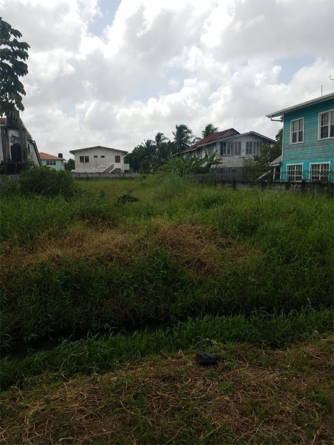 I read the comment made by the Chief Election Officer Keith Lowenfield to the media where he said, “There are no empty lots” in seeking to refute the claim made by the Leader of the Opposition Bharrat Jagdeo that during the verification of new registrants exercise, where some 6,000 of the new registrants could not be found, there were empty lots as addresses of some of the unfound new registrants.

If what Mr Lowenfield is saying is true, then this is deeply troubling because it means that the Guyana Elections Commission’s Secretariat is either not functioning properly or worse, may be misleading him. For the record, I volunteered to be one of the scrutineers in the verification exercise conducted by GECOM from the 19th to the 22nd December, 2019, where a physical check was made for the new registrants. I worked in the Lodge to Durban Housing Scheme Squatting Area and not only did we not find a number of the new registrants, but we also found both empty lots and totally abandoned houses where these unfound registrants would have been purportedly registered.

The GECOM officer and the scrutineers would have prepared documents at the end of each of the four days at GECOM’s office and included in those documents was the relevant new registrant details along with an explanation if they were not found. I signed those documents as one of the scrutineers along with the GECOM officer who conducted the exercise for the area. In the instances where there were empty lots or abandoned houses, it was so recorded. If Mr Lowenfield would like to verify any of this information, then he can simply check with the GECOM officers. I have attached a picture of one of the empty lots located in Hadfield Street, Lodge where the unfound new registrant would have been purportedly registered.

I am providing an eyewitness account that there were both empty lots and abandoned houses and I am available to provide any further information if so requested.