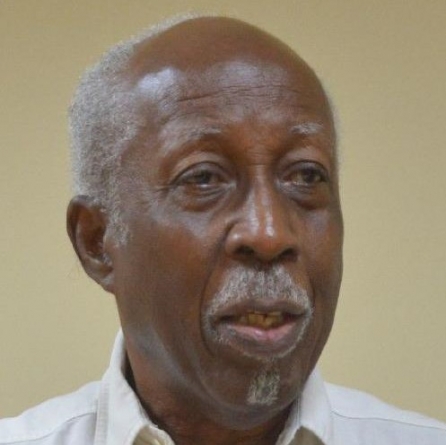 (Reprinted from Trinidad and Tobago Newsday)

The line comes from Shakespeare’s “Macbeth”, but I think it accurately describes the bizarre goings-on in Guyana. I would be hard pressed to find anyone in TT who doesn’t believe that a determinedly cynical and focused attempt is being made by the David Granger administration and its votaries to stay in office.

Elections in Guyana have generally lacked transparency and fairness – I recall being asked in two foreign capitals to cast a vote for the then incumbent People’s National Congress – and what is happening today merely confirms the norm.

Power predominates, and in Guyana the bitter racial divide impels the frantic rush for it. Now, to intensify that rush, there is the drool-making prospect of an oil bonanza. The stakes have never been higher. Given the behaviour of the government and its minions, I find it impossible not to conclude that they feel – or know – they lost the March 2 election.

They have brushed aside with ill-mannered contempt the concerns expressed by invited observers. The Foreign Minister was impertinent enough to berate the Commonwealth team, headed by a former Barbados PM, Owen Arthur, and threaten to withdraw its accreditation because it expressed reservations about the vote count in the crucial Region 4.

For voicing the same reservations, the leader of the Organization of American States (OAS) team, former Jamaican PM Bruce Golding, was savaged by Granger’s party as a friend of the Guyana Opposition leader, Bharrat Jagdeo, and therefore partial to him. (Does impartiality mean agreeing with government agents only?) And the well-intentioned CARICOM prime ministerial group seems to have been led up the garden path.

If you are confident of victory, why all this? Why a sudden stoppage of the vote count for Region 4 followed by the disappearance of the Returning Officer and the appearance of a spreadsheet purporting to prove that the ruling coalition has won? Why dismiss the statements by all the foreign observers, not only the Commonwealth and the OAS, of unhappiness with the counting process?

Why would Attorney General Basil Williams say that the Elections Commission, GECOM, had “authority to move away from legislation” and “bend the rules”? To ensure, he added, just in case we didn’t understand, that the election was free and fair.

You ignore the relevant legislation and tamper with the relevant rules in order to achieve fairness? How remarkable. Why the unexpected transfer of ballot boxes from the counting centre to the GECOM building for “safekeeping”? Weren’t they safe at the centre? Who now is ensuring that they are kept “safe” and not tampered with? Who guards the guards?

Why would Granger have invited Caricom to “supervise” the recounting of Region 4 ballots (and other regional ballots as well, I understand) if – so we now hear – it is “unconstitutional” for Caricom so to do? Did Granger know that at the time of his invitation? Why would PM Mia Mottley have later mused that “there are forces that do not want to see the votes recounted, for whatever reason”?

Prominent Guyanese – Clement Sankat, the Working People’s Alliance, Claude Denbow, Major General (ret’d) Joseph Singh, and my old friend Rudy Insanally among them – have expressed public anguish at events in their country. Some have called for a government of national unity.

But how, in the absence of a vote tally accepted by everyone, especially the two warring sides, is such a government to be formed? Who, for instance, would be the president? In the winner-take-all environment created by the late caudillo, Forbes Burnham, is compromise possible? Could the rotating prime ministership formula used in Israel after that country’s 1984 elections be considered as a guide?

For Caricom, it cannot be business as usual. My position is that if Granger is indeed confirmed as president, by a process widely viewed as fraudulent, no delegation from his “government”, whether or not it includes him, should be allowed to sit at any official Caricom meetings.

If Caricom were to permit that, it would be legitimising a process it knows, or has good reason to believe, is corrupt, and such permission would not bode at all well for the organisation and the region. This is 2020, not the era of Burnham. Caricom should however stand ready to assist the Guyanese people, but only on terms that are unambiguously clear. Another Guyana court will have ruled on election matters by the time this article appears. We shall see.