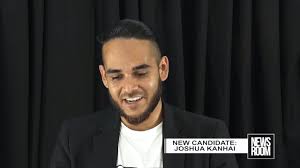 I am writing to express my deepest concerns in relation to the container movement dilemma.
At the last meeting GECOM had on March 16th, 2020 at 9:30 AM, an agreement was made to have all the containers and motor canter containing cast ballots be moved to a single central location, the Arthur Chung Conference Center (ACCC). On the afternoon of the said day, the movement of the containers had started. As of March 19th, 2020, only Region 3, East Bank (Diamond and Madewini Canter), Georgetown (North and South) and Regions 1, 2, 7, 8, 9 (all in one) containers were moved to the ACCC.

Please GECOM, The New Movement is humbly requesting that the remainder of the containers containing cast ballots be moved to the ACCC as soon as possible or at least by March 20th, 2020.