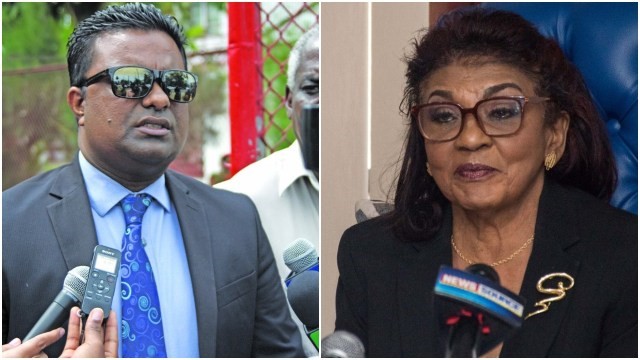 Chairperson of the Guyana Elections Commission (GECOM), Justice Claudette Singh in a statement today expressed that an “anticipation that there will be a greater level of compromise from the six Commissioners in agreeing on the next steps, after the decision of the Chief Justice”.

But Commissioner Sase Gunraj, in a public social media post, asked “Compromise after Silence?” He explained that “after a deafening silence from Justice Claudette Singh on the cesspit that has characterized the aftermath of the March 2, 2020 elections, she now issues a ‘note’ mere moments before hearings are set to resume in the High Court.”

“Does the Chairman know something that we don’t?” Gunraj questions.
He also asked “was there a level of compromise on the appointment of Attorneys-at-Law to represent the Commission in the instant proceedings?”

Meanwhile, according to Gunraj, it is now public knowledge that the resolution of these issues lie within the domain of the Commission, which includes the Chairman.
“Nothing less than a total verification of the entire District 4 will suffice and if necessary, a total recount in the event of discrepancy,” he said.

“Over to you Madam Chair…there’s an idea for compromise…our individual and collective integrity and our responsibility to have the will of the electorate respected is at stake here,” Gunraj posited.

Meanwhile, when contacted for a comment on the matter today, Opposition Leader Bharrat Jagdeo said “I don’t have a clue what she is talking about. Had she exercised her responsibility in the first place, we could have avoided this fiasco.”