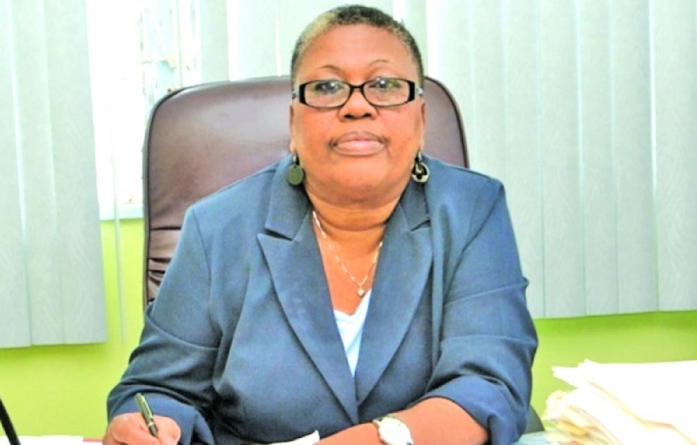 The brutal murders of two teenage girls by men twice their age have sent shockwaves throughout the entire country – but more so, draws into question; how exactly did society allow these situations to fester and grow to a point where two young women were robbed of the opportunity of life and perhaps, to rise above their unfortunate circumstances.
Sanesha Subrina Lall, 16, of Richmond Housing Scheme, Essequibo Coast, Region Two (Pomeroon-Supenaam), was stabbed to death by a 34-year-old man, who, from all indications, had taken advantage of a family of siblings who had lost both their parents and had no proper adult supervision or guidance thereafter.
Then there is a 16-year-old girl from Baramita village, North West District in Region One (Barima-Waini), who was reportedly strangled to death by a 38-year-old man with whom she was at a shop consuming alcohol, in the company of her mother.

The conditions under which both young girls were living were ongoing for years, yet nothing was seemingly ever done to ensure they were guided down a better path in life.
In the case of Sanesha, her mother died in 2016 and then some two years later, her father died.
It was following the death of both parents that the young girl ended up in a “relationship” with the man who is married, more than twice her age, and has two children. At the time, Sanesha was living with her siblings; two sisters and a brother. She had also dropped out of school. The siblings reportedly had no proper adult supervision, not from family nor neighbours.

Sometime later, Sanesha would have ended the relationship with the man as she was moving to the city to stay with some relatives. However, she returned to her hometown earlier this year and several months later, she was stabbed – some 20 times about her body – by the 34-year-old man who later attempted to commit suicide.

Now, why did no one ever try to seek help for this family? According to a neighbour who spoke to this newspaper under the condition of anonymity, he did not know the older man was involved with the then 14-year-old girl.
According to the neighbour, he thought the man was involved with the elder sister who had assumed responsibility as head of the household. That sister, the neighbour said, he considered to be an adult since she has two children of her own.
According to the neighbour, he did not intervene when he would notice the married man visiting the family, as he assumed it was a relationship between two consenting adults. The neighbour said if he was aware that the relationship was between the “big man” and the then 14-year-old girl, he would have contacted the authorities.

However, he rejected the contention that neighbours did absolutely nothing to help the family.
Alleging that the children’s father was abusive towards them, the neighbour said he would have contacted both the police and social services. However, the neighbour claimed that the police showed up once and asked one of the children, in the presence of his father, whether the man was abusive towards them.
“The police came, they ask [the child] if the father does beat [them]. I don’t know what kind of police investigation is that because how you gonna ask the child in front of [their] father those questions, what kind of answer do you expect the child to give?”

The neighbour further alleged that some social workers visited the family once and never returned.
“Isn’t it your duty to follow up on these things? Am I supposed to be calling Childcare [and Protection Agency] over and over?” the neighbour questioned.
“[Those children] need help! Childcare and Protection, they need to step in and step up.”
The neighbour added that he would have, on several occasions, spoken to the children and offered them guidance, but that they “seem to want do their own thing”.

Notwithstanding, the neighbour explained that while it is too late now for 16-year-old Sanesha, there is still hope for her 11-year-old sister, who was recently featured in the media for beating the odds to sit the National Grade Six Assessment (NGSA).
The little girl had told this publication that she wants to become a doctor. She had explained that, being the youngest of the siblings, she is committed to taking all steps necessary to ensure she takes up opportunities that her elder siblings could not have taken, and to be able to break the cycle of poverty.

Childcare and Protection Agency
When contacted, Head of the Childcare and Protection Agency (CPA) Ann Greene could not verify whether social workers from her agency would have been contacted and/or would have visited the Lall family in the past.
However, she said, since the murder of the teen girl, a team is currently looking into the situation.
Officers are also assigned to the case of the teenager from Baramita; however, those officials were involved in a motor vehicle accident which has resulted in some delays. Nevertheless, the Guyana Police Force has already arrested and charged 38-year-old Wickroy Mitchell, a miner of Number 53 Village, Corentyne, Berbice, for the young girl’s murder.

Guyana Times has not been able to get any information about the living conditions of the Baramita teen or about the circumstances that led to her brutal murder.
In her case, the Police Force had reported that the teen and her mother were at a shop in the area consuming alcohol in the presence of some men. The mother and daughter duo later left the shop in the company of one of the men and headed home. The mother would have later returned to the shop alone and spent some time there. The motionless body of the teenager was discovered the following morning outside her house.

The CPA Director told this newspaper that “in that area, the whole family does carry all their children to the rum shop and everybody does drink.”
She explained that the work of the CPA is challenging when “there’s a gap between culture [and practice] and law.”
“A 16-year-old should not be in a place selling alcohol,” Greene asserted.
Against this backdrop, the CPA Head contended that the community needs to be more aggressive when situations like these are unfolding.
“More gotta be done by the community… You are your brother’s keeper,” she posited.
Greene encouraged neighbours, whenever they notice something awry in the village, that “you can’t lock up tight, you gotta see is what and see how you can help”.
“If you hear something next door, don’t bother to lock your house tighter, you gotta look out and see…we gotta get society more conscious, community members, we gotta be more involved,” Greene said.