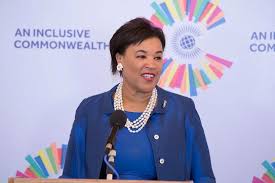 Commonwealth Secretary-General Patricia Scotland today welcomed the agreement on Saturday for a CARICOM-led recount of the ballots from the disputed March 2nd, 2020 general elections.

A statement issued by the Commonwealth Secretariat follows:

Statement from the Secretary-General of the Commonwealth on Guyana

My statement of 13 March expressed deep concern that the tabulation of Region 4 results after the 2 March General and Regional Elections was not transparently conducted in accordance with the ruling of the Acting Chief Justice. The Commonwealth Observer Group to Guyana informed me it is the clear view of the Group that the subsequent tabulation in Region 4 was not conducted in accordance with the judgement of the Acting Chief Justice and is therefore not credible.

In this regard, I welcome and commend the regional leadership of the Caribbean Community (CARICOM), at the invitation of President David Granger, to deploy a high-level mission to Guyana, to supervise a recount of the ballots cast in all ten regions of the recently concluded elections.

The leadership of President Granger and the Leader of the Opposition, Bharrat Jagdeo, in coming to this agreement on the way forward deserves to be lauded.

I also note and welcome the public commitment from Justice Claudette Singh, Chairperson of the Guyana Elections Commission (GECOM), that she would facilitate the recounting of ballots; and her assurance that GECOM will cooperate fully with the CARICOM Initiative. I urge all relevant stakeholders and public officials to do the same, and in accordance with the unambiguous judgement of the Acting Chief Justice.

The entire Commonwealth family look to the leaders and the people of Guyana to live up to the lofty aspirations set out in your constitution, your electoral laws, and the Commonwealth Charter.