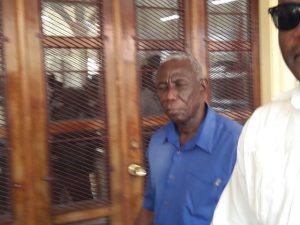 The Commonwealth Observer Group to the March 2 general and regional elections yesterday reiterated its criticism that  the vote tabulation process for the all-important Region Four was “not credible” and has express-ed regret that a Caribbean Community (CARICOM) team to recount the ballots has departed.

“It is the clear and considered view of the Group that the tabulation processes conducted by the Returning Officer for Region 4, Mr Clairmont Mingo, were not credible, transparent and inclusive,” the Group said in a statement yesterday.

Over two weeks after the March 2 polls, the results are still to be declared with allegations of fraud and court challenges impacting the process.