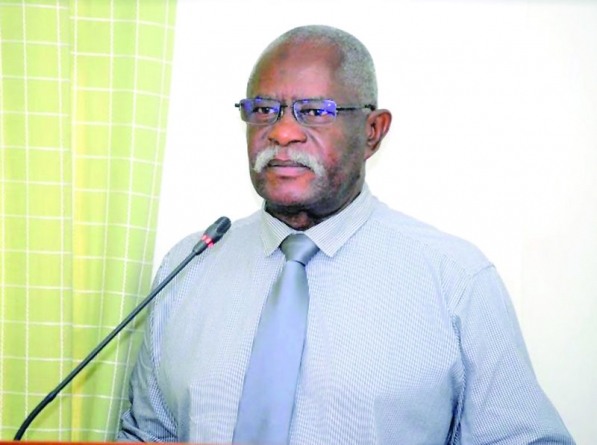 Following misinformation peddled by the Hon. Attorney General Anil Nandlall, I, Winston G. Felix, DSM, former Minister of Citizenship within the Ministry of the Presi-dency, make the undermentioned statement to put in correct context my role and to correct the misleading information now in circulation.

It has become an imperative that I respond to an article appearing in the Guyana Times edition of Friday 21st August, 2020 under the dubious caption “Govt. unearths major Ponzi  scheme……over 17,000 Guyanese  affected”, and which details Attorney General Anil Nandlall repeated on National Television on Saturday 22nd instant.   In the Guyana Times article previously referred to, the following disclosures were made:

Let me say in clear and unambiguous terms that while I cannot speak for the former Minister of Public Security, Khemraj Ramjattan, I cannot recall ever receiving information in any format, whether orally or in writing, from the Guyana Securities Council (GSC) in connection with a person named in the Guyana Times article as Dominguez and about his alleged involvement in a Ponzi scheme.

My recollection of this matter comes from the receipt of a letter dated 2019.08.28 from my superior.  Attached to this letter was an anonymous and undated letter that alleged that illegal financial trading was being undertaken by certain Cuban nationals married to Guyanese and  seeking to use that relationship to secure Naturalisation in Guyana;

Not having the investigative capacity within the Department of Citizenship, I forwarded the anonymous and undated letter I received from my superior to the Commis-sioner of Police for “an investigation to be conducted and, where necessary, take appropriate action”.  My covering letter was dated September 4, 2019;

I had instructed my staff that the application by Dominquez and any other person associated with him should be put on pause until such time that the police investigation was completed.  I am satisfied that my instructions were given due adherence;

It now seems that Yuri Garcia Dominguez had married a Guyanese and according to the provisions of the Constitution of Guyana, sought Guyanese Citizenship through Naturalisation;

This application was under investigation and he was advised that he is required to publish his application for Naturalisation in two separate issues of newspapers circulating in the district in which he lives to elicit any negative information of his character;

Dominquez did comply and had a notice of his application for Naturalisation published in on one of the daily newspapers.  These activities occurred prior to the application being put on pause;

The Department of Citizenship did not receive any response from this notice;

May I restate that since this Dominquez’ notice of his application for Naturalisation was published in the newspapers, the Department did not receive any letter from the Guyana Securities Council in this connection.  I acted on the letter I received from my superior;

In response to my letter to the Commissioner of Police dated September 04, 2019, I received guidance from the Commissioner of Police in a letter dated 2020-04-17, seven months after the investigation commenced,  that following advice from the Chambers of the Director of Public Prosecutions (DPP), a name stated, “this matter be treated as closed and that Yuri Garcia Dominguez and Laicy Garcia Pedroso continue the process of applying for citizenship”;

In accordance therewith, there being no other restraining circumstances to necessitate official action to prevent the naturalisation process, Dominquez’ naturalisation form was signed on 12th June, 2020, just about two months after the DPP ‘treated the matter as closed’.

It is unfortunate that except for an anonymous letter none of the seventeen thousand Guyanese (17,000) affected by the ‘Ponzi’ scheme responded to the letter published in the daily newspapers.  It seems to me that the investigators were deprived of essential information necessary to build a strong case against the alleged perpetrator(s) but to ascribe blame or attempt to do so on specious grounds enveloped in falsity will not provide credible answer(s) to the issues involved in this matter.