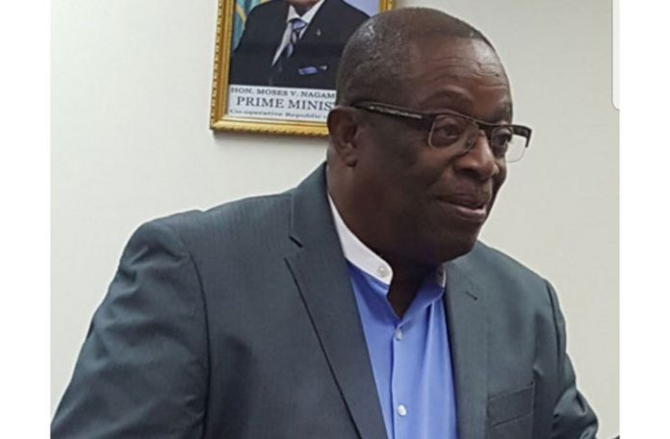 Region Ten has, once again, proven to be a strong base of the APNU+AFC, as the electorate has delivered a landslide victory for the Coalition at the March 2nd polls. Unofficial declaration of the results shows that the APNU+AFC secured approximately 19,000 votes out of the 22 808 votes that were cast on elections day. That was approximately 3000 more votes, compared to the 16,791 that were won at the 2015 Regional and General Elections. The People’s Progressive Party (PPP), managed to pick up about 3000 votes, which was about 250 more votes than were won in 2015. Other small parties that made some in roads in Region Ten, included Change Guyana, the People’s Republic Party and the United Republic Party, with about 350 votes in total. There was a 66 per cent voter turnout in Region Ten. In 2015, 19,742 persons voted.

On Tuesday, the atmosphere in Linden remained calm, as the residents await official results from GECOM. However, there is a celebratory mood among residents and regional officials, following the unofficial announcement of the regional victory as they remain hopeful that the same will be secured for a general victory. Resident of Linden, Shonette Seaforth, said she was very happy that Region Ten, once again, delivered for the coalition and it would allow for the progress to continue in the region. “We have seen a lot of development in the last four years, which Lindeners really appreciate, because, in the past, we were left behind and my biggest fear was going back to those days, so now I am relieved and we are hoping victory will be delivered for the country,” Seaforth said.

Campaign Manager of the APNU+AFC Larry London, said that the target was to garner 90 per cent of the votes in Region Ten and while this was not done with the 19,000 votes garnered, it is closer, than farther away from the target. He is also happy with the increase in voter turnout and based it on a very aggressive, strong and well-planned-out campaign. Relative to the 10,000 registered voters that did not vote, London said it is his belief that at least half of those persons were unable to vote because they are either deceased or migrated. All in all, London said,” I am happy, we have seen 16, 000 votes ahead of our strongest rival and that was not easy to do.”

Included in the 19,000 electors who voted in favour of the coalition, London believes that many of those are not only first time voters, but converted ones that threw their support behind his party. London also expressed confidence that the electoral process was sincere and credible. Former Member of Parliament Jermaine Figueira, who also played an integral role in the party’s campaigning in the region, also said that the numbers were close to the set target and believes that the 60 per cent turnout is not an accurate representation of the real existing number of people that are domicile in the region.

Not satisfied but comfortable
Their AFC counterpart, Devin Sears said he was feeling more comfortable than satisfied. The team, he said worked very hard at least to receive victory and an increase from 2015. “We as a party have made inroads in the PPP strongholds such as Coomacka. We won Coomacka, Siberian, Wiruni which were predominantly PPP supporters; we have made in-roads in places like Hururu, Aroiama and we can go on and on. Generally, we are happy; we thank Region Ten for its support for this party. I believe that we did well,” Sears said.
The AFC Regional Party Chairman said the target was for a 90 per cent voter turnout and there were several factors that resulted in that not being realised, and going forward he hoped new strategies would be in place to get residents out to vote. Though, according to Sears, the Coalition made in-roads in some of the PPP strong holds, the PPP still managed to rake in over 3000 votes, which represents an increase of about 250 votes compared to 2015. PPP Regional Candidate Dexter Harding said that this was achieved because the PPP put in a lot of ground work and held community meetings though residents were hostile to them in some areas. He believed capturing over 3000 votes in an APNU+AFC stronghold is quite an achievement and he was happy about it. “It is fairly well, we are satisfied,” he said. Harding also believes the electoral process in Region Ten was fair and credible. With the votes garnered, PPP is expected to receive about three seats on the Regional Democratic Council (RDC) but will have no representation in Parliament. For the last three elections, PPP had been securing three seats on the RDC.

Celebration
Meanwhile, residents in outlying communities such as Ituni and Kwakwani are celebrating the coalition’s victory for their communities. In Ituni, the Coalition received 233 votes, while the PPP received 48 votes. There was a 84 per voter turnout in the community. APNU+AFC Campaign Manager for the community, Keisha McKane, said she was very happy for victory, since the 233 represents over 60 more votes than what were received in 2015. “All in all I am satisfied with the results, I am proud of my community, I am proud of my residents for coming out, for exercising their franchise, their democratic right. I am overjoyed,” she said.

In Kwakwani, the APNU+AFC also raked in a landslide victory and the mood was quite celebratory, yet calm in the Upper Berbice River community. Young resident Rayston Downer, said that many of the residents, like him, were very satisfied with the results and there seemed to be a sense of unity in the community following the announcement. He believed that with the return of the coalition, development in Kwakwani will continue until it reaches its full potential. In Region Ten, there were 125 polling stations and 33 808 residents were registered to vote. The elections ay process was smooth and uneventful.