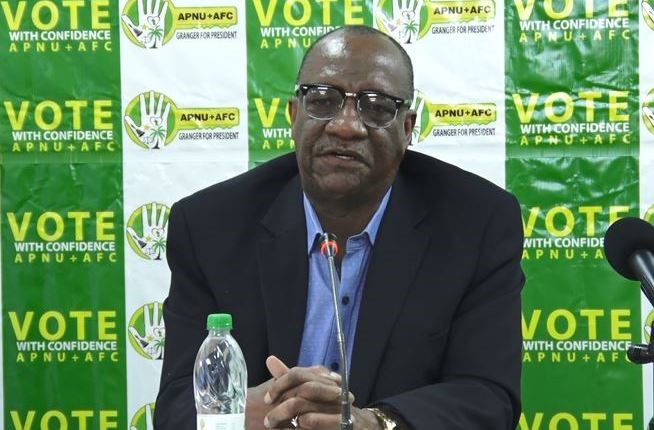 The APNU+AFC says it will pursue its requests for recounts of votes in Regions One to Ten if the Returning Officer of Region Four grants the request for a recount by the Opposition political parties.

A high-level CARICOM team is expected to arrive in Guyana shortly to oversee recount of votes cast in Region 4 following the highly disputed March 2 general and regional elections in Guyana.

The vote count for Region Four, as declared by the Returning Officer Clairmont Mingo, is likely to give the Coalition a one-seat majority.

The votes for parties in Region Four showed a win for the APNU+AFC with 130, 289 votes at the regional elections and 136,057 votes in the general elections.

But the opposition parties have deemed the tabulation process as fraudulent and accused Mingo of using fictitious numbers and blurred Statements of Poll that no one could see.

As you are aware, the declaration of results for this electoral district number four was made last night. The parties have until 12:00hrs today to decide if they would request a recount. I am advised that as of 12:00hrs today, eight parties have requested recounts in Region Four.

Additionally, we have been advised that the lawyers for the Peoples Progressive Party (PPP) have moved to the courts to secure an injunction restraining the Chief Elections Officer from making a final declaration which would lead to the swearing in of the President.

In the meantime, as a follow up to the CARICOM (Caribbean Community) leaders mission here on the 11-12 March 2020, there was an agreement for a high-level team from CARICOM to come to Guyana to help oversee any process of recount that GECOM (Guyana Elections Commission) or the court may grant.