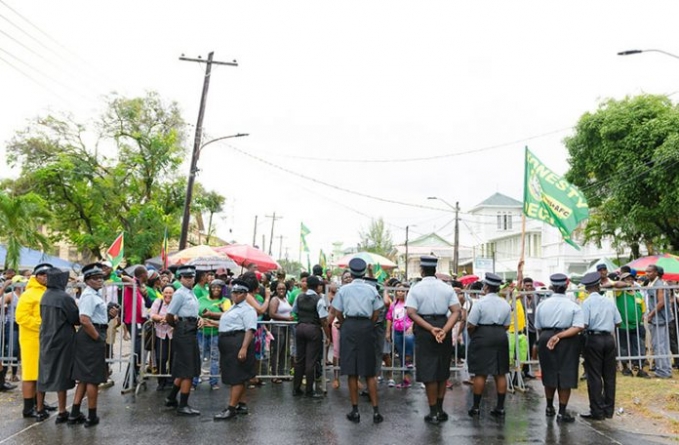 SUPPORTERS of the A Partnership for National Unity (APNU) +Alliance For Change (AFC), on Thursday afternoon, flocked the surrounding area of the Guyana Elections Commission (GECOM) Tabulation Centre as they anxiously waited for the declaration of the Region Four statements of poll.

Executive members of the coalition arrived on the scene and requested persons return to their respective homes, and keep the peace as they await the official declaration from GECOM. James Bond, Mayor of Georgetown, Ubraj Narine, and Minister of Citizenship, Winston Felix also asked supporters to remain calm and keep the peace.

The crowd was filled with mixed emotions, as a few persons grew frustrated, however, despite the anxiety in the atmosphere, supporters remained calm and respected the instructions given by members of the Guyana Police Force to stay behind the barricade.