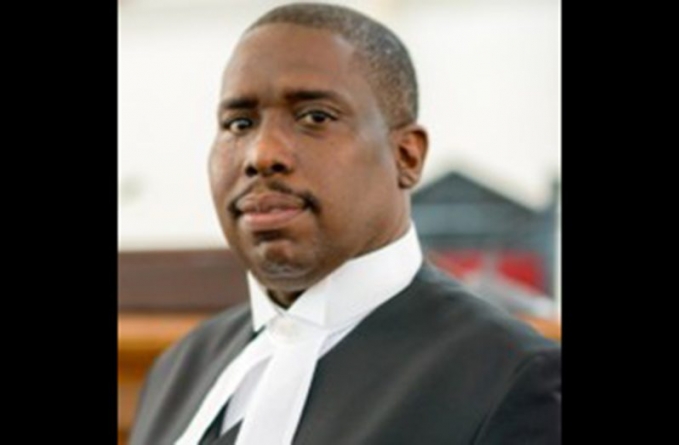 PRESIDENT of the Guyana Bar Association (GBA), Teni Housty, on Monday said the previous administration ‘placed the cart before the horse’ when enacting the Cybercrime Act 2018.

Speaking with the Guyana Chronicle, the prominent attorney explained that with the constant evolution of the Internet and more Guyanese having access to it, the Cybercrime Act 2018 was crafted and enacted to combat cybercrime by creating offences of cybercrime and to facilitate investigating and prosecuting of those offences.

Cybercrime offences include but are not limited to illegal access to a computer system; computer-related fraud and forgery; publication or transmission of image of private area of a person and using a computer system to coerce, harass, intimidate, humiliate, etc. a person.

Housty noted that there is great importance for such legislation in today’s society, especially with the Guyanese population becoming more acquainted with electronic devices and the use of these devices to exchange information, among other things, on the Internet.

“The good thing about it is that they are offences that are related to the use of the Internet and technology that are listed within the act, and there is a cybercrime unit at the Criminal Investigations Department, that’s a start, that’s good,” he informed this publication.

However, he stressed that enough was not done to educate and sensitise the general population on the content of the legislation.

The GBA President explained that when individuals are utilising electronic devices to perform certain actions, if it breaches the law, there will be a penalty based on the offence committed and ignorance of the law is not a valid defence in a court of law.

EDUCATION
Therefore, it is imperative to educate and familiarise the population at large with the offences created by the legislation, something that was not done before.

“My view when the Cybercrime Act 2018 came out at first was that they put the cart before the horse, because it did not have something to deal with changing the electronic environment; how we behave and recognise things electronically,” he explained.

He further stated that “at the time the Act was created we did not have a sufficiently strong framework dealing with the other types of conduct on the Internet. We needed a transaction framework, together with a cybercrime framework”.

President Irfaan Ali during the American Chamber of Commerce’s (AMCHAM’s) virtual Annual General Meeting (AGM), on last Friday explained that the “the Ministry of Tourism, Industry and Commerce is currently engaging key stakeholders on the promulgation of the Electronic Transactions and Communications Bill.”

“The ‘Bill’ is expected to provide the requisite facilitation and regulation of secure electronic communications and transaction and for their legal recognition,” the President explained.

Housty confirmed this, stating that as recently as last Tuesday consultations were underway on the Electronic Communications and Transaction Bill.

HEAVY CRITICISM
During the parliamentary debate, the Cybercrime Bill came under heavy criticism and scrutiny from the then opposition People’s Progressive Party/Civic (PPP/C), members of the media and the public at large.

There was much concern over the contentious Section 18, ‘the Sedition clause,’ which allegedly suppressed press freedom and freedom of expression.

Section 18 Subsection (1) (a) at the time stated that a person commits an offence of sedition, if the person by use of a computer system intentionally publishes, transmits or circulates a statement or words, in any form, that brings or attempts to bring into hatred or contempt, or excites or attempts to excite disaffection towards the government established by law in Guyana.

Opposition Chief Whip at the time, Gail Teixeira was a prominent advocate for the complete removal of the section.

During her presentation in the National Assembly, she stated: “Freedom of speech is now seen as a touchstone of democracy and the ability of individuals to criticise the state is crucial to maintaining freedom.”

Former Attorney-General Basil Williams in his response to criticisms at the time informed the House that a decision was made to delete the Sub-section (1)(a) which was the main cause of concern.

“Clause 18 has since been revised by the Drafting Division in collaboration with a free speech and media attorney from ISLP (International Senior Lawyers Programme). The changes made to this clause and other clauses of the Bill demonstrate that this government is receptive to criticism, and committed to the democratic process,” he had stated.

Section 18 of the Cybercrime Act 2018 as it stands, pertains to “Offences against the State.”

It criminalises the use of a computer system to advocate the use of force as a means of accomplishing a governmental change within Guyana (S.18(1)(a)); to incite, participate or conspire with other persons to commit treason (S.18(1)(b)); to commit or conspire to commit any criminal offence against the President or any member of the Government (S.18(1)(c)); to encourage or participate in money laundering and terrorism offences (S.18(1)(d)) and to excite ethnic division (S.18(1)(e)).

Housty urged that the onus is also on stakeholders to play their role in educating the population at large in relation to the offences under the Cybercrime Act 2018.