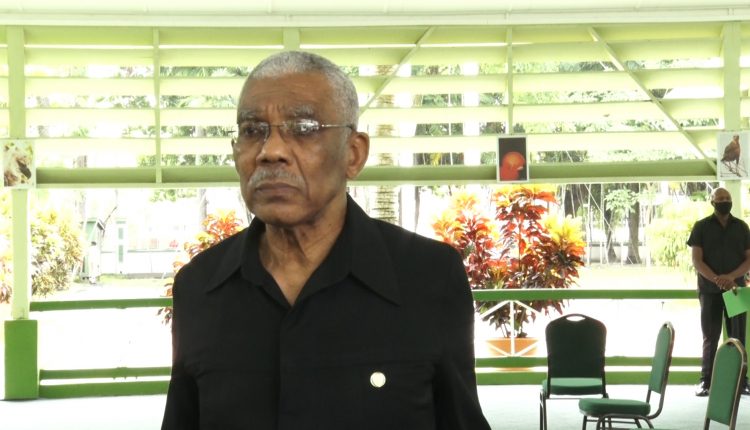 In its bid to further disseminate misinformation centered on Guyana’s electoral impasse, the A Partnership for National Unity + Alliance For Change (APNU+AFC) has decided to pay the National Communication’s Network (NCN) to advance the party’s spread of propaganda.

Kaieteur News confirmed this after concerns were raised regarding how much coverage the coalition was receiving from NCN and on what basis. With this in mind, contact was made with Chairman of NCN, Enrico Woolford, who informed this publication that all of the airtime given to the APNU+AFC was fully paid for.
Woolford said that at the end of each of the Coalition’s News Network’s (CNN) broadcastings, it is indicated that the programme is a ‘Paid political broadcasting’. He noted that “anyone can get a political broadcast on NCN,” as it is a very common thing practised throughout the world.

The bigger issue at hand however, is that the CNN’s false reporting is being made available for consumption via a state-broadcasting network that has thousands of local and international subscribers.
Hosted by coalition supporters, Christopher Jones and Sherod Duncan, the CNN came into being after the national recount process and is aimed at providing false narratives about the electoral process. Many of CNN’s concoctions are centered claims of voter impersonation and irregularities alleged to have been unearthed during the national recount process as well as proceedings in the nation’s courts. De facto Ministers, lawyers and other government officials are often invited as guests to play a role in the campaign of misinformation.

Like the Guyana Chronicle and the Department of Public Information (DPI), the coalition’s network has placed the ruling party’s view over the public’s interest. This was highlighted in a report by the European Union’s observer mission. Notably, the EU Observer Mission’s report pointed out that there was unequal coverage of the major political parties by NCN during the elections campaign.