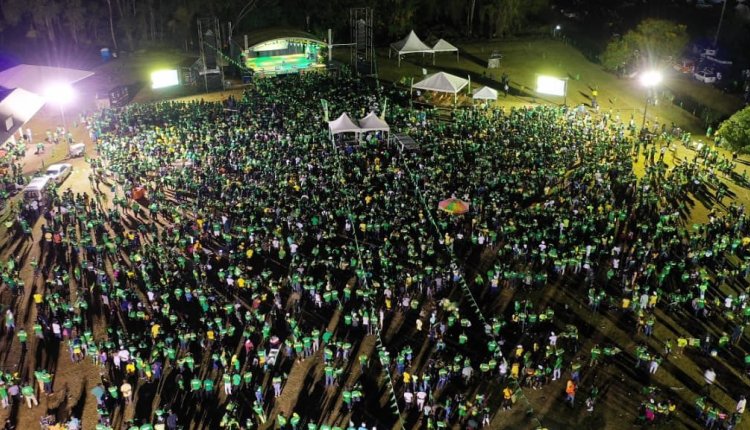 The APNU+AFC Coalition on Monday took its rally to the town of New Amsterdam, Region Six.

While the People’s National Congress/Reform –one of the major parties in the coalition –historically enjoys the support of the town, the region remains in the hands of the People’s Progressive Party.

This election, the Coalition is gunning for a win in Region Six to control the Regional Democratic Council (RDC).

“We’ll have a new RDC, an RDC elected by the APNU+AFC…We need to strategise,” President David Granger and Leader of the Coalition told supporters during the rally held at the Esplanade Ground, New Amsterdam on Monday.

President David Granger addresses supporters [Photo source: APNU+AFC Facebook page]He noted that the PPP/C support in the region has been steadily declining from 1997 to 2015. 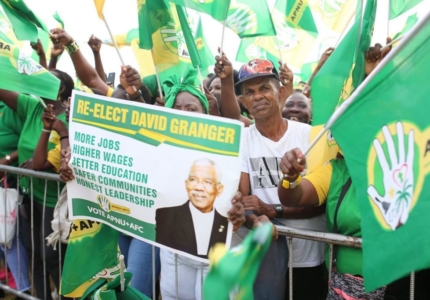 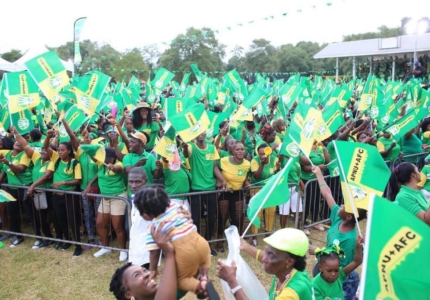 “The PPP is in decline, they are weak and we have to take advantage of this moment; we have to control East Berbice Corentyne,” he told supporters adding that the disconnect between the RDC and the Central Government needs to come to an end.

“This region is too important to lose, it is too important to put in the hands of the PPP/Civic… we need your fish and sugar and rice…this is a good region which can be better developed…We have to break the PPP stranglehold on Berbice. Have to set the region free,” he stated.

The Government closed the Skeldon and Rose Hall Estates at the end of 2016, firing thousands of sugar workers in the Region. This decision has seen the Government facing major criticisms.

However, the President used his time on stage to defend this position noting that it was never his Government’s plan to close the industry but to return it to profitability.

He referred to the Albion Sugar estate as a mess and the Skeldon estate as the biggest museum, left in that state by the previous Government.

“Those who have relatives in the sugar industry…We’re not shutting down the industry, we are restructuring for it to become profitable,” the party Leader said.

The President noted that his party has a plan to develop the Region.

He spoke of a plan to make the town a busy hub with a deep water port, develop industrial parks, develop the manufacturing sector to be able to process the agriculture produce from the region, reduce crime and make the town a center of heritage and ecotourism.