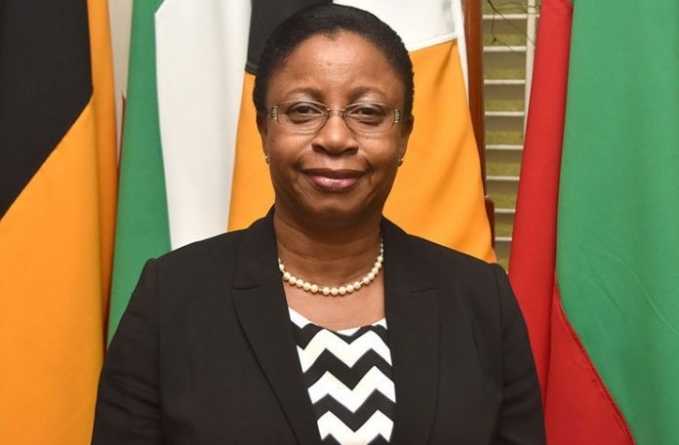 Chief Justice (ag) Roxane George-Wiltshire today ruled that the Court has jurisdiction to hear an application intended to block the declaration of the results for the 2020 General and Regional Elections until the Region Four votes are completely verified.

In her highly anticipated ruling handed down in the High Court today, the Chief Justice ruled that the actions of the  Returning Officer of the Guyana Elections Commission (GECOM) for Region Four can be reviewed.

Outside of an elections petition, she said the court has a supervisory role in adjudicating the matter such as the injunction filed by the Opposition People’s Progressive Party/Civic (PPP/C) on Friday.

The Respondents in the matter were called by the Chief Justice to file affidavits in response to the claims of the Applicant.

The matter will be called again on Tuesday morning at 10:00hrs.

Meanwhile, in a  press release issued on Sunday, GECOM said that while it is unfortunate how things have escalated since Monday’s regional and general elections, it is the intention of the commission “to abide by all legal and procedural requirements to conclude its work.”

GECOM said that on Thursday, 5th March, 2020, a mandatory injunction was granted against the Commission and CEO which as a consequence impeded the finalisation of the Commission’s work.

“The recent action of the Chief Election Officer indicating to the Chairperson and Commissioners that his report in the relation to the final declaration was completed was not intended to disregard the Court proceedings but rather apprising the Chairperson of the completion of the document and that she may convene a meeting at her convenience,” the commission said.