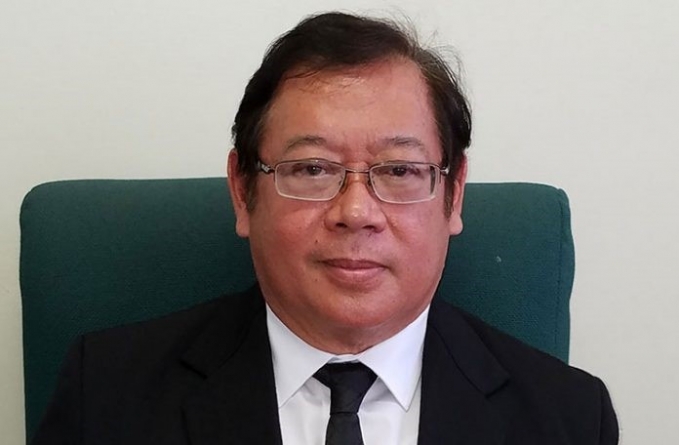 WARNING that an order intended to facilitate a recount of the ballots cast at the March 2 General and Regional Elections could have far-reaching implications, Guyana’s Chief Parliamentary Counsel, Charles Fung-a-Fatt, has advised the Guyana Elections Commission (GECOM) not to issue such an order on the grounds that it would be in contravention of the Constitution of Guyana and the Representation of the People Act.

GECOM, on Tuesday, sought legal advice from the Attorney General’s Chambers, Office of the Chief Parliamentary Counsel after the Caribbean Community (CARICOM) under the chairmanship of the Prime Minister of Barbados, Mia Mottley, who had brokered an agreement between President David Granger and Leader of the Opposition, Bharrat Jagdeo, to have a national recount of all the votes cast at the general and regional elections. While the two leaders had signed an Aide Memoire in the presence of CARICOM Secretary-General, H.E Irwin Larocque on the same, the commission later explained in a release on Tuesday afternoon that it was examining the “legal ramifications” of the agreement. This examination was necessary as CARICOM high-level team had proposed that an order be issued and gazetted to give effect to the agreement signed to pave the way for the recount.

ORDER CANNOT BE MADE

However, this is exactly what the Chief Parliamentary Counsel advised against after visited by of a delegation of GECOM Commissioners and the legal officer who presented the draft Order purported to be made under Article 162 of the Constitution and Section 22 of the Elections Law (Amendment) Act, No. 15 of 2000. “It is my respectful advice that this draft Order cannot be made,” he said, explaining that such an Order only caters for dealing with the removal of any difficulty which arises in connection with the application of the Representation of the People Act, Cap. 1:03.

He said that the provision that the Order is seeking to make has the effect of amending section 84 of the Representation of the People Act and would there be ex post facto.
“Passing the order would be making a retrospective law and that would affect the vested rights of a person under the Representation of the People Act,” the Chief Parliamentary Counsel said. “An Order cannot be made under this provision because any instructions or action that the commission takes must be in compliance with the Act. This provision empowers the commission to act administratively through an interpretation of the law as it now stands and does not empower the commission in a law-making capacity to modify the law.”

Before the advice, GECOM had stated in a release that while it had implemented systems for the operationalisation of the recount exercise, addressing these legal issues were a necessary “safeguard mechanism” for stakeholders involved. It had hoped that “once finalised, the counting would commence immediately.”

However, Commissioner Charles Corbin said following a meeting of the commission yesterday: “Where we thought that we were properly covered to proceed with the activity, in accordance with pieces of legislation which were identified and the Constitution, we could not get a firm view for support. In fact, it was the view that…we could not be properly covered in that.”

Earlier on, PPP/C Executive and former Attorney General, Anil Nandlall, had argued that the recount has nothing to do with the Constitution but is a facility granted under the Representation of the Peoples Act to be executed by GECOM. Where the Constitution becomes relevant on the matter, he said, is at Article 162 (b). “You will see that GECOM has wide and ominous powers to make decisions that are in the interest of the justice, impartiality and expediency. That’s very wide powers that GECOM can make decisions over ruling decisions made by personnel within the hierarchy of the secretariat,” he said.

In fact, Nandlall said that GECOM is empowered by law to make almost any decision possible in relation to its role and the elections body. “If you look at Section Five also of the Representation of the Peoples Act you will see the commission having the power to extend time if that is necessary and to also to perform the functions that would have been legally performed by any officer within the hierarchy of the secretariat. If you also look at Section 22 of the Elections Laws (Amendment) Act you will see that GECOM has a wide array of powers even to make orders, even to override legislation.”

However, the commission will be acting based upon the advice of the Chief Parliamentary Counsel.

Around the same period that the commission was receiving this advice, an interim injunction was moved to the High Court to prevent the recount on the basis that final declarations were made by the Returning Officer (RO) from all 10 regions and those declarations are final. It was also made on the basis that GECOM is the sole supervisory authority responsible for the conduct of elections.

The application for the interim injunction was made by private citizen, Ulita Moore, represented by attorney-at-law B. Mayo Robertson. It came before Justice Franklin Holder, whose orders restrains GECOM from setting aside or varying any of the declarations already made by returning officers (ROs) of the 10 administrative regions; restrains the Chief Elections Officer (CEO) from submitting a final report on the overall results of the elections and restrains GECOM recounting or counting any ballots cast in the elections.

Commissioners Vincent Alexander and Corbin made it clear that no overall declaration can be made until a judicial review is conducted based on the application. “Anything that has not happened cannot happen now while the injunction is in force,” Corbin said. “This injunction will certainly stymie the progress that we were about to make.”

Commenting in his capacity as a Guyanese, Alexander said that he does not believe that the current situation is good for Guyana. He said fixing the same would take more than an electoral solution as it is not an electoral problem. “We have serious problems in terms of the plurality of our society, the distrust and the request for power from various segments to the ignorance of the real problem and real appreciation of the totality of the Guyanese community and I think we have to find a solution in that regard,” he put forward.