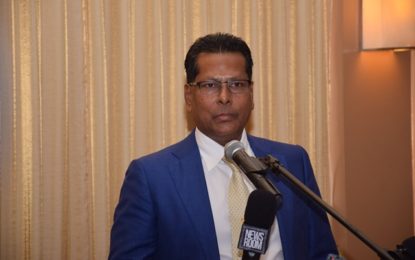 Presidential candidate of Change Guyana, Robert Badal is adamant that President David Granger must provide leadership and take Guyana out of its current electoral dilemma.

In a release issued by the party yesterday, Badal stated that while President Granger has repeatedly stated that GECOM is independent of the Government and that he has no influence over its operations and will abide by the advice of GECOM, no one in Guyana or the international community would believe this; “given GECOM’s openly declaring fraudulent results for Region 4 showing his party as the winner of the March 2 elections.”