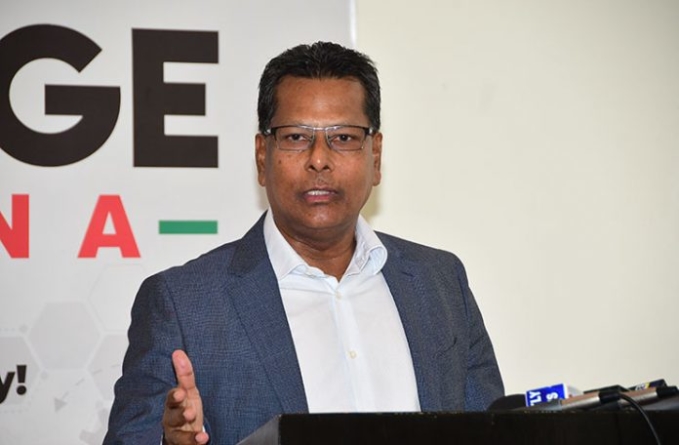 POLITICAL newcomers, Change Guyana had entered the March 2, 2020 General and Regional Elections with high hopes, but after coming out unsuccessful, claims had surfaced that the Party would be dissolved, but those claims have since been debunked by its Founder, Robert Badal.
According to a letter published in the Kaieteur News on Tuesday, the majority of the leadership of Change Guyana made a decision that its dissolution as a Political Party is in the best interest of its members and supporters.

The letter was signed by Chairman of Change Guyana, Nigel Hinds; Prime Ministerial Candidate, Mishka Puran; Vice- Chairman, Ramesh Ramoutar; and Executive Members Ryan Dey and Everton Morris, but Badal said there is no intention to dissolve the party.
When asked if he was aware of a decision to dissolve the party, Badal told this publication: “No. As far as I know, that is not true…I do not know who said that; somebody creating some mischief.”

He confirmed that he has since reached out to executive members of the party, and there has been no discussion related to the dissolution of the party.
Contrary to what is being mulled in the letter, Badal said the party remains strong, and will continue to develop itself as a formidable force in the political arena.
Change Guyana, one of the 16 new parties that were launched in Guyana during 2019 to contest the March 2020 elections, contested in seven out of the ten administrative regions, but failed to secure a seat.

“The unique and outstanding contributions made by Change Guyana Party over its ten months of existence – set out core economic and social policies that speak to the socio-economic needs of Guyana, by outlining policies for massive poverty alleviation, focused job creation, inclusive economic development, restructuring of a burdensome tax system and servant leadership,” said the persons who wrote the letter.

They said the uncompromising and courageous conduct expressed in the party’s writings and actions to ensure a democratic transition, based on the majority votes resulting from Guyana’s March 2, 2020 General and Regional Elections, was second to none.

Moving forward, the former leaders and members of Change Guyana can now work independently or collectively towards building a new political movement or political party, or pursue their goals afresh, while always being appreciative of those individuals who supported and continue to seek a change in the political culture of Guyana.
The letter said the focus of Guyanese in leadership positions must be to significantly reduce poverty across Guyana, and practise inclusivity and diversity in governance and employment at the private and public sector levels. “This must be our continuous pursuit.”