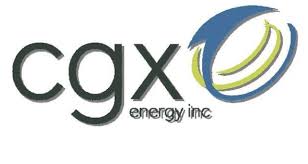 Following negotiations with the Government of Guyana, CGX Energy Incorporated has agreed to relinquish 24.96 acres of land at the estuary of the Berbice River, earmarked for its deepwater project, as the Government gets tough on companies who do not fulfil project commitments.

This was revealed by the company on Saturday while noting that the previous 54.96 acres of land they had on the eastern bank of the Berbice River has now been reduced to no more than 30 acres. According to CGX, this was done by mutual consent.
Nor is this all. The company revealed that the Government, following discussions on the drilling delays in the Corentyne, has agreed to give CGX a one-year extension until November 27, 2021, by which time they are expected to commence drilling in the Corentyne Block.

“CGX Energy Inc and Frontera Energy Corporation, the joint venture partners announce that their constructive and collaborative discussions with the Government have been concluded with respect to the Corentyne Block with a rescheduling of the Joint Venture’s work commitments regarding its Petroleum Prospecting Licence for the Corentyne Block offshore Guyana.”

CGX’s deepwater harbour project is located on the Berbice riverfront, adjacent to Crab Island. The Canadian company has had the land since 2010, when it secured a 50-year lease. But it was only recently that Grand Canal Industrial Estates Inc (GCIE), CGX’s subsidiary, advertised for a number of senior positions related to the deepwater harbour project, including the positions of Project Manager, Civil Engineer and Health, Safety and Environmental Officer.

Through the construction of its deepwater port, CGX hopes to support Guyana’s rapidly growing oil and gas sector, as well as agricultural exports, container imports and exports. In addition, the deepwater harbour is expected to facilitate cruise ship docking and regional shipping.
The company has said it would construct a 91-metre x 30-metre wharf platform and a 49-metre x 12-metre approach trestle, which would be able to accommodate two platform supply vessels. In addition, it plans to build a compacted port site with warehousing and tubular storage.

It also has to dredge the access channel and basin offshore the wharf, as well as construct access roads and bridges and implement flood protection features for the site. The company had set itself a December 2021 target for the facility to be operational.
Meanwhile, the People’s Progressive Party (PPP) has always said that it would review the extension the former A Partnership for National Unity/Alliance For Change (APNU/AFC) Government, at the time in a caretaker mode, had granted to CGX for it to conduct its drilling activities in the Corentyne oil block.
Back in May 2019, the former Government had approved a Strategic Joint Venture between CGX Energy Inc and Frontera Energy Corporation to farm into two shallow-water offshore Petroleum Prospecting Licences for the Corentyne and Demerara Blocks – both of which are adjacent to ExxonMobil’s Stabroek Block, where multiple discoveries have been made.

However, CGX is yet to drill even one well in the Corentyne Block, something which the current Government has expressed concern over. This situation persists even as a number of new companies have expressed an interest in Guyana’s oil blocks.