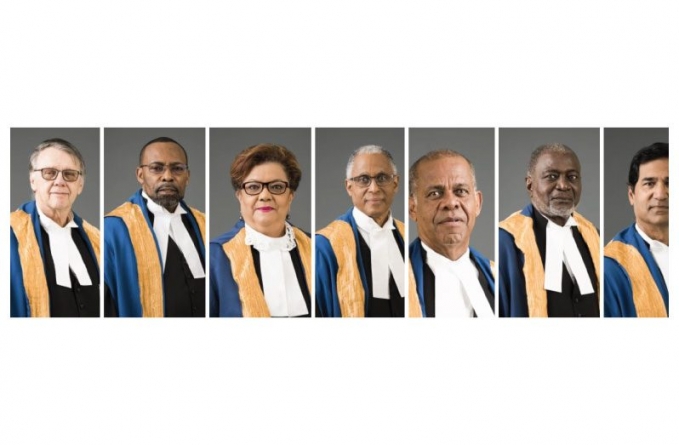 THE Caribbean Court of Justice (CCJ), in a notification on Wednesday, reminded the public that it is independent and remains uninfluenced by political and external forces.

The court provided this assurance on its Facebook page where it pointed to matters relating to judgements of the court, the selection of judges and the expectations of these judges.

“The court does not rely on governments for funding, so the court will never be compromised by financial pressure from any government,” the court stated. The CCJ is Guyana’s final appellate court to which the country acceded in 2005.

The court’s notice went on to inform the public that judgements in the court are made by a panel of at least three judges and, in other cases, panels of five to seven judges will determine a matter. In noting its independence, the court explained that judges of the CCJ are selected by the 11-member Regional Juridical and Legal Services Commission (RJLSC).

It said that none of the members of the RJLSC are politicians and are citizens of countries across the Region.

“When appointing a person to the office of judge, the RJLSC must look for the following characteristics: high moral character; intellectual and analytical ability; sound judgement and an understanding of people and society. Judges are expected to demonstrate high moral character,” the notification stated.

It later added: “Judges of the CCJ have security of tenure, so that they cannot be removed if they rule against a government. However, they can be removed by the RJLSC, using a specific tribunal, for an inability to perform the functions of their office or for misbehaviour.”

The CCJ was established in 2001 to replace the London-based Privy Council as the Region’s final court. That year, the agreement establishing the CCJ was signed while the inauguration of the court was held in 2005.

Although most of the 15-member Caribbean Community (CARICOM) countries are signatories to its original jurisdiction, only Barbados, Belize, Dominica and Guyana have signed on to the appellate jurisdiction of the court.

For over a decade the court has struggled to gain membership on its appellate branch. Back in 2018, CCJ President Justice Adrian Saunders said that he was “disappointed with the reluctance of the Government of Trinidad and Tobago to have the institution as its final court of appeal,” as the twin- islandrepublic is the home of the court.

In 2018, the peoples of Antigua & Barbuda and Grenada, by way of referendum, voted against switching to the CCJ as the countries’ final appellate court. In Jamaica, the Andrew Holness government committed in 2019 to the holding of referenda to decide on making the CCJ its apex court, but this has yet to materialise. However, while in opposition, his party rejected the CCJ as the final appellate jurisdiction for Jamaica.

Some feel that the association of the judges with Caribbean countries could lead to social and political biases, along with other concerns. However, the court maintains that its independence is intact from political and external influences.