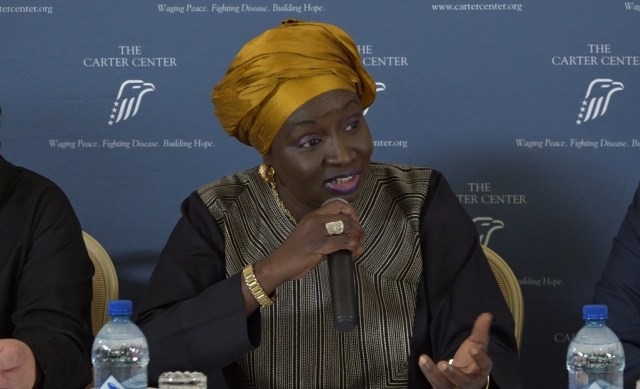 The Carter Center Elections Observer Mission in Guyana is calling on the relevant authorities to put systems in place to ensure the resumption of the verification process of the Statements of Poll for Region Four (Demerara Mahaica).

The process was halted following the hospitalisation of the Returning Officer, Clairmont Mingo.

In fact, the exercise was suspended since last night after Mingo complained of feeling tired – a move which attracted criticisms.

The intention was to resume the activity this morning, however, by 09:30hrs, the process had not begun.

The exercise was even further delayed when Mingo complained of feeling unwell and had to be rushed to the Georgetown Public Hospital.

During a press conference today, Head of the Carter Center Mission, former Prime Minister of Senegal Aminata Toure urged that the count be quickly resumed.

“We hope that the counting will resume very quickly and everything will be completed to the end, so the process will remain very transparent all the way to the end, for the final results,” she said.