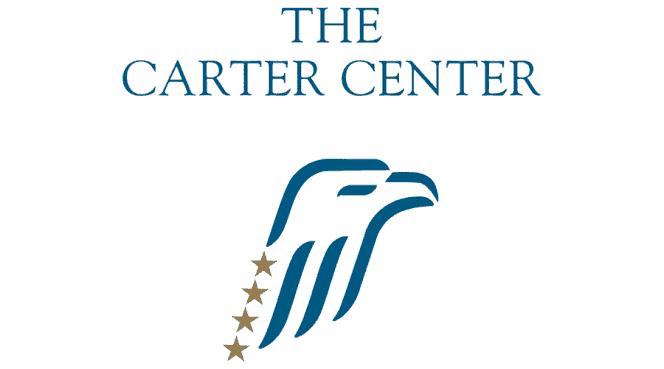 Chairman of the Board of Trustees of the Carter Center, Jason Carter, on Friday evening, lambasted the Guyana Elections Commission (GECOM) over its failure to adequately communicate its activities with the Guyanese people.

According to Carter, “if there is no information coming from GECOM, you get rumours and misinformation that become the dominant story of the day”.

He noted nonetheless that “we want to remind everyone that there still is a process that is ongoing there is an opportunity that GECOM has to re-establish and salvage the process and have a credible election”.
Carter spoke to the possibility of a recount in Region Four—similar to a recount ongoing in Regions Five and Six and that there is also the possibility of additional activities and tabulation that can be done in the presence of observers that can lend credibility to the elections.

He was adamant that people need to know that the process is not over and it is ongoing and additionally asked that GECOM be clear and speak out about exactly what is going on and divulged, “…we have gone a whole day (yesterday) without hearing anything from GECOM about the status of these very important issues.”
The Carter Center representative used the occasion of a press engagement at the Pegasus Hotel to call on GECOM to report on the status of its operations and to let people know what is going on, “report on the status of district four; report on when we may get additional results”.

He told media representatives that at the time, “in this election, we have no idea who won, we do not know if the numbers we have seen are accurate from anybody; we do know that GECOM is the only body that can properly provide the results and so we are asking them to do so in a transparent and credible way”.

Speaking to the previous day’s commotion at the Region Four’s Returning Officer (RO), it was reported that the Carter Center did observe what happened at the GECOM office and it was chaotic and inappropriate at times but “we also want to say we are disheartened by the partisan activities that occurred particularly with respect to the Chair”.

According to Carter, the Center notes that during the verification process that was ongoing, it was conducted in an orderly way and that the uproar in the GECOM’s Office came only after the declaration by the RO.
He said for the vast majority of electoral process, “it was smooth and one with which we could have faith” and that “we can still salvage the process and hopes Guyanese gives the process an opportunity”.

Reporting on yesterday’s activities by the Centre, Carter told members of the media that at the time, the Center did not have any observers at the tabulating centre since there was nothing ongoing and as such there was nothing to observe.
He also confirmed that the observers had been asked earlier in the day to leave the building, which was later locked.