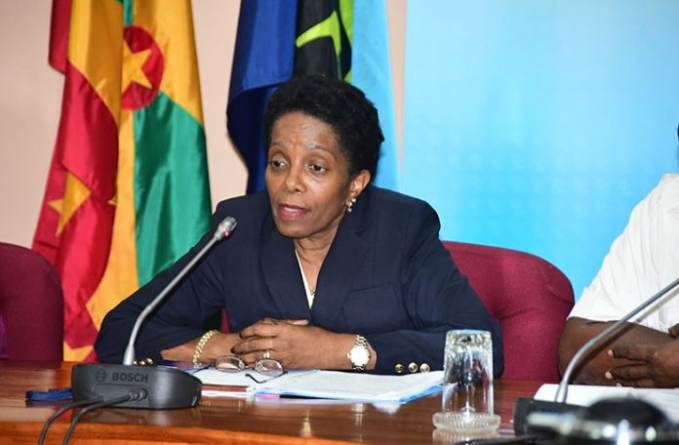 The CARICOM election observation mission has concluded that Monday’s general and regional elections were free, fair and transparent.

Chief of Mission of the CARICOM observer mission, Cynthia Combie Martyr, said the mission expects that the results of the polls will reflect the free expression of the will and aspirations of the Guyanese people for a government of their choice. “The mission applauds GECOM for a job reasonably well done as it relates to the conduct of poll and poll activities on polling day, including the count and issue and presentation of statements of poll on Election Day,” said Martyr during a press briefing at the CARICOM Secretariat, on Wednesday.

On polling day, which was March 2, 2020, the CARICOM Election observers were deployed to polling stations in Regions Three, Four, Five, Six and 10. They visited approximately 360 polling stations across the country and were impressed by the efficiency, competence and professionalism of the poll officials in carrying out their duties. The new expectation is for GECOM to declare the official results as soon as is practicable.

In addition to the release of results, CARICOM observers were concerned that access ramps and other support structures to the polling stations/polling places for “differently abled” members of Guyanese society were not always available. According to Martyr, signage on polling stations and directions to electors was not large enough and placement was such that the signs were not always easily visible. Added to E-Day concerns, Martyr said: “Guyana is still in the same situation, electorally, that it was all those years ago. The mission has not been satisfied at all with the way that the government has been dealing with the recommendations that have been made. Suffice to say, CARICOM is not the only mission that has made recommendations.”

The chief of mission called on local leaders to pay attention to those recommendations and try to implement them. She even went to the extent of saying that it appears as though CARICOM will have to “hold Guyana’s hand” when it comes to implementing various recommendations.