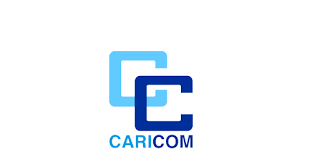 The CARICOM ELECTION OBSERVATION MISSION accepts that the tabulation process which commenced on Wednesday March 4, 2020 using the Statements of Poll and which was in accord with the legislative provisions of Section 84 of the Representation of the People Act Cap 1.03 Revised Edition of the Laws of Guyana, was interrupted and remains incomplete.

Furthermore, it is evident that the transparent tabulation of results for Region 4 must be resumed under the independent control of the Returning Officer, as these scores are necessary and critical, in order to determine the outcome of the National Poll.

Like in other regions in Guyana, it is imperative that the Returning Officer be allowed to carry out his functions independent of any influence or directive from the GECOM Secretariat.

Until this occurs, the outcome of the elections of March 2, 2020, cannot be reliably proclaimed.

In this regard, the Mission supports the Joint Statement issued on March 6, 2020, by International Observer Missions from the Commonwealth, the Organization of American States, the European Union and The Carter Center and urges GECOM to proceed with the establishment of the results for Region 4, in accordance with the law.

The Mission appeals to the Political Parties and the People of the Cooperative Republic of Guyana to co-operate with the process, by honoring the subscribed codes of conduct.