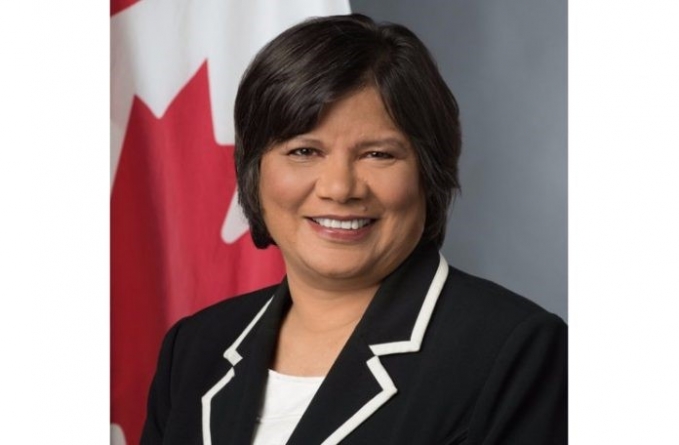 Commissioners of the Guyana Elections Commission (GECOM) have brought attention to what they believe was unwarranted behaviour on the part of Canadian High Commissioner, Lillian Chatterjee.

In an interview with the media on Saturday, Commissioners Desmond Trotman and Vincent Alexander detailed the events which halted a previous meeting of the commission at GECOM’s Command Centre at High and Hadfield Streets last Thursday.

He added: “[She was] barging into the room as if she was the new ruler of the land.”
The incident took place while there was much commotion downstairs in the building where political leaders, primarily the opposition, were objecting to the process taken up by the region’s RO Clairmont Mingo to tabulate total votes of the region.

Alexander said: “I think she was intervening in the announcement being made by the returning officer and she was running in the room telling us what we should do with relation to what was happening outside.” On March 13, Chatterjee, along with foreign diplomats from the United States, the United Kingdom and the European Union (EU) walked out of the centre as they felt the resumed tabulation process following court orders was still not transparent. They subsequently released a joint statement advising that GECOM do everything to ensure that “a credible process is followed.”