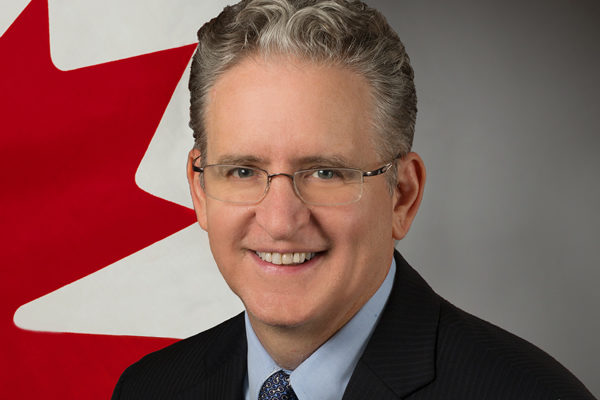 Canada’s Ambassador and Permanent Representative to the Organisation of American States (OAS) on Tuesday said Canada will work with its partners and use all tools available to demand a swift end to the elections in Guyana.

A recount of all votes cast in the March 02 elections show that President David Granger’s Coalition APNU+AFC lost the elections by over 24,000 votes but he refuses to concede defeat and step aside to allow the swearing in of the PPP’s Dr Irfaan Ali.

“Canada is committed to working with partners at the OAS and will consider using all tools at our disposal to demand a swift and transparent conclusion to the election process and who accountable those who prevent it,” Ambassador Hugh Adsett said in an address to the OAS Permanent Council.

He said Canada strongly regrets the extended delay in declaring the results of the elections which were held on March 02.

The Ambassador noted that Canada has issued several statements, including joint statements with other members of the international community to advocate for the transparent and credible conclusion of the electoral process.

“In the interest of the democratic rights of the people of Guyana, and in light of the obligation of governments to promote and defend democracy as set out in the Inter-American Democratic Charter, Canada firmly maintains that the rule of law and democratic process must be respected and a declaration be announced without further delay,” Ambassador Adsett stated.

He said Canada supports calls by the OAS, CARICOM, the Commonwealth and civil society organisations to announce the results based on the national recount, as validated by the AOS and CARICOM observer missions and upheld by the Caribbean Court of Justice and again Monday by the Chief Justice in dismissing the latest challenge of the recount results.

Misenga Jones, an agent for Granger’s Coalition has moved to appeal a clear High Court decision which upheld the recount as valid and said the Chief Elections Officer must abide by the direction he is given to prepare a report in keeping with the results from the recount so a declaration of the winner of the elections can be made.

Figures from the recount, which were live-streamed, show that the PPP won the elections with 233,336 votes. APNU+AFC secured 217,920 votes. Together the other parties secured 9,096 votes.

It means therefore that APNU+AFC lost the elections by a combined total of 24, 512 votes.