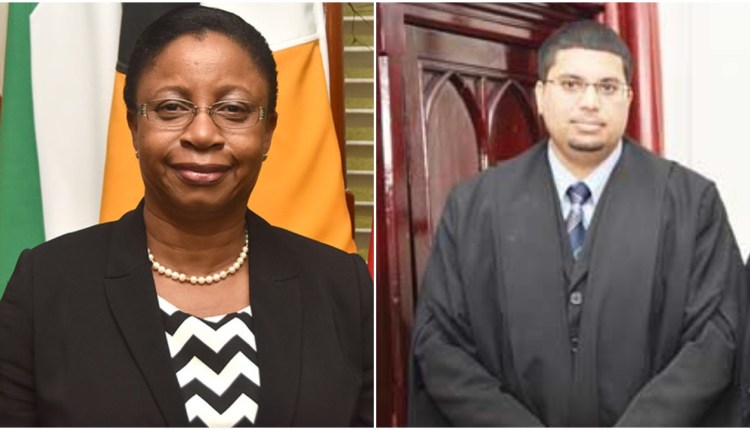 The Full Court of the High Court on Tuesday ruled that the High Court does not hear a judicial review of the Guyana Elections Commission’s (GECOM) decision to order a recount of votes cast in the March 2, 2020, general elections.

The interim injunctions have been discharged and the request for judicial review by APNU+AFC candidate, Ulita Moore has been dismissed.

The Full Court took note of several precedents and the fact that the GECOM Chairperson, Retired Justice Claudette Singh has given a public undertaking that the votes would be recounted.

Justices George-Wiltshire and Harnanan noted in their decision that any concerns about the electoral process should be addressed by an elections petition.

Lawyers for People’s Progressive Party Representative List of Candidates, Bharrat Jagdeo had relied on the Representation of the People Act that says no court can enquire into any decisions by the seven-member Elections Commission.

After a brief adjournment, Justice Harnanan said the Full Court unanimously refused an application o file appeal to the Guyana Court of Appeal and and a stay of the decision because both stand “no real prospect of success.”