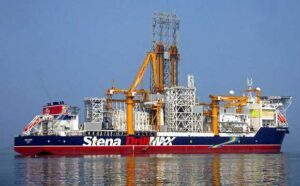 ExxonMobil has struck heavy oil in the Kaieteur block’s Tanager-1 well,16 metres of net oil pay, according to investment firm, Westmount Energy. This represents the first discovery in that block. Until now, all of Exxon’s Guyana discoveries have been made in the Stabroek block.

This particular well, the deepest drilled by ExxonMobil to date, in the Guyana basin, is likely to be plugged up and abandoned due to the quality of the discovery. Heavy crude is oil that has high density, different from the light, commercial crude from the Liza projects in the Stabroek block.

There are several other prospects in the Kaieteur block to be drilled. However, the quality of this discovery changes a lot, since Tanager-1 was seen as the well most likely to yield a commercial discovery. ExxonMobil and its Kaieteur block partners are expected to further analyse the details of the Tanager-1 find to determine how it will impact prior analyses of the basin, and in so doing, drilling of other wells.

ExxonMobil intends to start drilling soon in the third block it operates, the Canje block. Its first well there is anticipated to hold about 500 million barrels. The prospect is being termed a ‘Liza look-alike’.