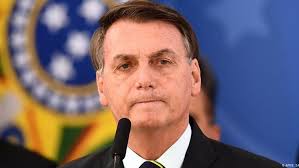 The Brazilian government has endorsed the conclusion of CARICOM, the United Kingdom (UK), the United States (U.S.), Canada and the Organisation of the American States (OAS), in their call for Guyana to make a declaration on its March 2020 elections soonest.

In a release on Wednesday, the Brazilian government said that it has been closely following the developments in Guyana and calls on Guyanese politicians to respect the ruling of the Caribbean Court of Justice (CCJ).

“Four months after the election, the Brazilian government considers that delaying the conclusion of the electoral process poses a serious threat to stability in Guyana and a departure from the democratic commitments that the country must observe in the regional and hemispheric context. The Brazilian government calls on Guyanese political forces to respect the popular will emanating from the elections, in line with the recent sentence of the Caribbean Court of Justice, in order to guarantee the prompt official announcement of the country’s new representatives,” the release stated.

The Brazilian government also called on Guyana, as an Associated State of MERCOSUR, to maintain its status among the South American nations as a country committed to the highest democratic principles.

It endorsed that conclusions of the CARICOM Scrutinising Team and joined in with the statements made by CARICOM, the OAS, the European Union, the United States, the United Kingdom and Canada in urging for a declaration based on the votes cast in the recount process.