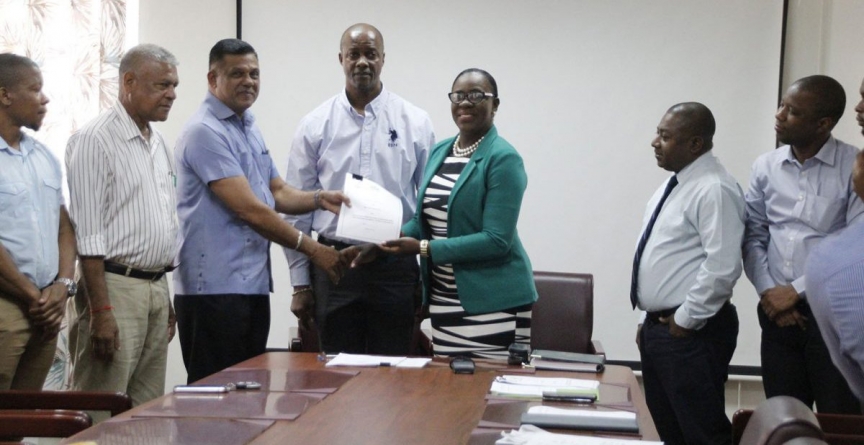 Even though it was ordered to cease work as a result of its contract being terminated, BK International is continuing with construction on the $826.7 million Yarrowkabra Secondary School and says it has written to the government seeking a review of its decision to terminate the contract.

BK International spokesperson Adam Harris on Friday told Stabroek News that the firm has written to Minister of Legal Affairs, Anil Nandlall, and copied the letter to President Irfaan Ali. He said that they are awaiting a response.

However, Nandlall, who is also the Attorney General (AG), said he has not received any correspondence from the company requesting a review.