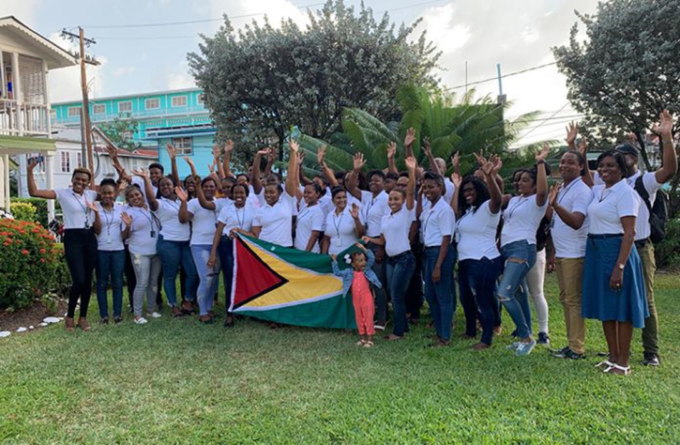 Local Observer for Guyana’s March 2, 2020 Elections, Youth Challenge Guyana (YCG) called for there to be improved legislative provisions for local observers.
Executive Director of YCG, Dimitri Nicholson, outlined this recommendation yesterday at a press briefing where the agency outlined their findings after observing the General and Regional Elections.

According to Nicholson, better provisions are needed for local observers to be able to conduct long-term observations of all processes and procedures of the electoral activities rather than just an accreditation for elections day.
“So for example, domestic observers were not accredited to see the disciplined services vote which we think is an important part of the process.”

The Executive Director added out that they were not accredited to observe the movement of ballots as they arrived and then onward to their respective storage and polling facilities.
“These are all important parts of the electoral process that domestic observers should have the right to be able to review.”
Another recommendation made by the YCG is for better support to be made available for the smaller political parties to engage with the Guyana Elections Commission.

According to Nicholson, they met with several of the smaller parties during the period leading up to the election and noted that they were out of the loop.
“Many of them have stated that some of the things that the larger parties would be aware of because of experience and because of their place on the table at the commission, the small parties do not have access to that type of information.
“When things change, they often learn of it late.”

He said that there could be a method to improve the way that small parties are prepared for the General and Regional Elections. This could be by way of groupings like the Civil Society, Government and other key stakeholders.
The Youth Challenge Guyana commenced its observer mission on February 6, last, with a total of 49 local observers being dispatched to Regions Three, Four, Six, Seven, and Ten.

The domestic observers were assigned to over 260 polling stations across the Regions, which extended to the Returning Offices for the tabulation process in those Regions.
It was stated that the YCG’s team of 42 accredited domestic observers began their observation process from 5:30 am, to witness and report on opening of the polls, voting, close of polls and ballot counting.

At the end, the YCG concluded that the March 2, 2020 elections can be considered adequate and acceptable due to the large participation of voters and the fact that voters were generally able to cast their ballot without fear or intimidation.