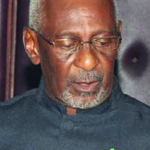 The Guyana Bauxite & General Workers Union (GB&GWU) has declared that it has lost all confidence in Junior Social Protection Minister, Keith Scott, who has responsibility for labour.

A report from the Department of Public Information on Friday stated that Minister Scott was part of a meeting on Thursday to engage the Union and the management of RUSAL over the more than 140 bauxite workers who were fired.

However, in a statement today, the Guyana Bauxite & General Workers Union said that while such a meeting was held and chaired by the Chief Labour Officer, Charles Ogle, the Minister was nowhere in sight, and as such, it is dumbfounded at this deceptive claim.

According to the Union, this is not the first such incident and these situations have raised questions as to the Minster’s trustworthiness and motive.

The union added: “This is however the most blatant and disreputable… As a consequence, GB&GWU is declaring publicly that it has lost all confidence in Minister Scott’s management of this labour dispute.”

Some 142 RUSAL workers were given marching orders effective Thursday, January 23, 2020 and were told by the management of that company that such a decision had to be made since government did not grant it duty free importation of fuel.

In its statement today, the Union is calling on the Government to declare a deadlock on further negotiations with the Russian owned bauxite company.

This the union said will give it the opportunity to request arbitration proceedings be put in place to resolve the issue of the sacked workers.