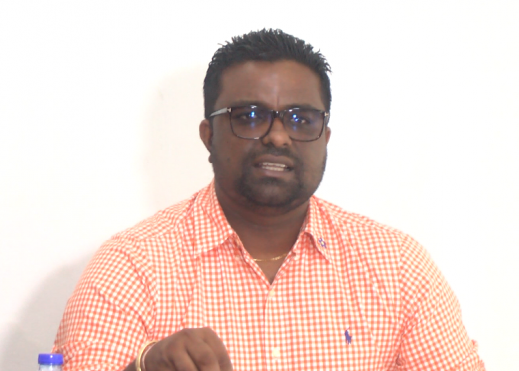 The production of the ballot paper that will be used for voting during the March 2 General and Regional Elections is progressing according to schedule.
This is according to Opposition-nominated Guyana Elections Commission (GECOM) Commissioner Sase Gunraj.

During an interview with Guyana Times, Gunraj, who is presently in Canada along with Commissioner Charles Corbin, where the papers are being printed, was asked for an update on the process. Gunraj noted that not only was it on course for completion but gave a rough estimate of when.
“The production of the ballots and other (processes) is progressing according to schedule,” the Commissioner explained to this publication, adding that it should be completed by early February.

It was announced earlier this month that Gunraj and Corbin would be sent to Canada to observe the printing of ballot paper. This is being done by printing firm Canadian Bank Note Company Limited, which first supplied GECOM with elections materials at the 2018 Local Government Elections (LGE).

In addition to owning GLCL and getting the contract to print Guyana’s electoral materials, Canadian Bank Note also prints Guyana’s currency notes and recently got a US$12.4 million ($2.5 billion) contract to procure a new border management system to cater for e-passports. This was announced in September last year.

The two Commissioners will be in Canada until the production of the ballots is completed. A total of 11 parties have been approved by GECOM to contest the upcoming polls, making this one of the longest election slates in recent memory.

Apart from the People’s Progressive Party/Civic (PPP/C) and A Partnership for National Unity/Alliance For Change (APNU/AFC), the other parties contesting are A New and United Guyana (ANUG); The New Movement (TNM); The Citizenship Initiative (TCI); Change Guyana; Fed-Up; Organisation of the Victory of the People (OVP) and the United Republican Party (URP).