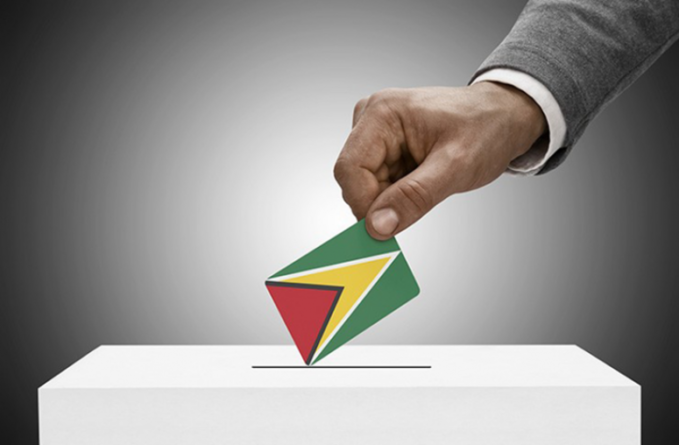 COVID-19 – what the hell is that? Whatever it is, it doesn’t matter to us; there would be supporters – committed and diehard – of the two parties left in the running, the only ones that counted anyway. Because now that the focus has shifted to the gravity of a recount, ballot boxes have risen to seize Centre stage in the scheme of national attention.

The territory – indeed, the saturated minefield – represented by this nation’s ballot boxes now assumes the newest frontier in our still unexplored and mostly unsavoury efforts at governance.
Why do the local political fanatics believe that they have to come out in force to guard ballot boxes when layers of state security are on the job? To repeat the ancient and obvious, it is because there is no trust left anymore in this country, none whatsoever. Leaders do not trust each other; the supporters of each side do not trust the supporters from the other side, even friends have difficulty.

It is this stark environmental and social reality where both sides harbour the worst of misgivings and fears about the underhanded and the fraudulent, taking unshakeable hold and the worst resulting.
For these are what have been the perpetual and pervasive characteristics of our elections processes, as they have been employed to disenfranchise or disempower. This is why supposedly stalwart men and women leave their bed, take leave of their senses, and leave a long shadow in the vicinity of those most sensitive and, all being normal, those soon-to-be heavily tormenting ballot boxes.

As much as we at this paper would like to think of and foresee developments differently, there is already a sense of inevitability as to where the next road(s) will lead. It cannot be otherwise, when the reality lived has been of one acrimonious controversy after another, emerging to plague and petrify all things political and now electoral since December 21st, 2018. This is our regrettable view of where things – and this society – have been, and where we appear poised to be heading from one direction or the other.

To go back only a little within recent times, one of the sharpest disputes has been of a bloated list, which does not – and could not – represent the eligible electoral voters in this country, given its small population, and the immense percentage held out as evidence of what is accurate. At least, that has been the assertion of one side, and to the most strenuous objections from the other.

That ground was set and temporarily left alone, but from it surfaces physical presence of ballot boxes and their precious paper contents. Whatever comes out of there, if we can ever get there, is sure to lead right back to prior contentions and suspicions about ‘padding’ any manner of skullduggery that could be imagined.

And the imaginations and calculations are unlimited, since both sides are most familiar, from history and practice, with the thievery of the other, the skills and versatility of the other, and the creative and unique talents of the other to concoct and then craft something out of nothing. But electoral Guyana is not operating from nothing, for there is a world of substance in those individual papers in those locked and watched ballot boxes.

It is the situation where spotlight and microscope are both going to be unrelentingly and ruthlessly affixed on those ballot boxes, which now assume all the sacred aura of national treasures to be guarded with life and limb. The first steps have been taken by both sides, through their hardy foot soldiers being onsite and watching every development and all intentions with the sharpest of high alerts, via the latest carefully orchestrated movements in what is a very elaborate and intricate electoral ballet.

Thus, the vicious dogfight in a rather tightly configured ring continues to this state, which can only be described as the natural progression of Guyanese politics. The scripts have already been written and revised, with men on standby to rush to ventilate before the whole world, regarding who is up to something. That could only be something that is neither clean nor constructive for one’s party.

After all our terminal traumas, this is what this is all about: party. It is never of country.