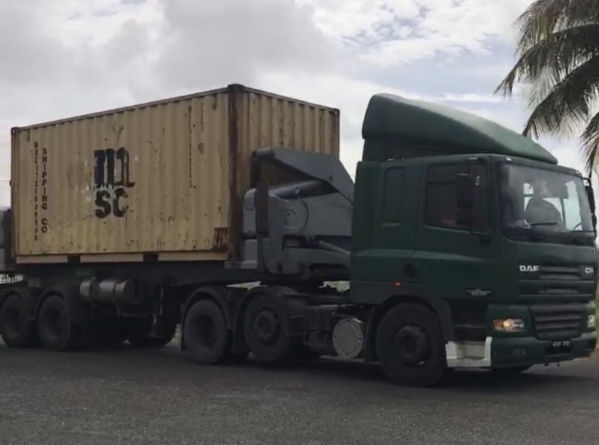 One day after political parties called for the Guyana Elections Commission (GECOM) to facilitate the security of the ballots cast on March 2, 2020 by ensuring all were stored at a central location, the secretariat has relocated the containers with the ballot boxes from the Arthur Chung Convention Centre to its High and Cowan streets office.

The action was however executed without notice to the contesting parties and questions to GECOM on the matter have been met with silence. It is also unclear what provisions have been made to enable political parties to be assured of the security of the containers, which are seen as pivotal in settling the outcome of the elections

On Thursday, six of the eleven parties—-PPP/C, ANUG, LJP, TCI, URP, CG, and TNM—which contested the General and Regional Elections issued a joint statement in which they lamented the fact that the container with Region Six ballot boxes and the container with the Region 4 East Coast ballot boxes were not stored at the Arthur Chung Convention Centre in Liliendaal, where all the other containers for the other regions and sub-regions were stored.