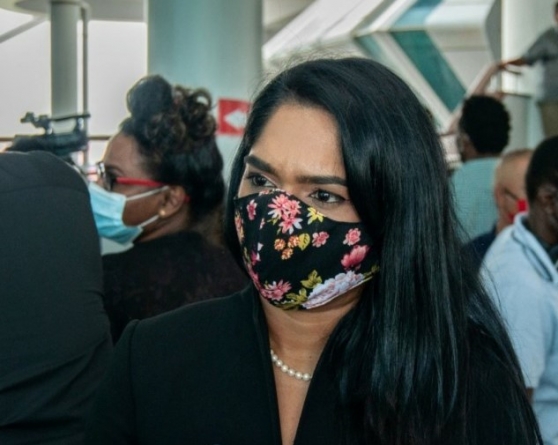 PUBLIC Service Minister, Sonia Parag has said that the vetting for scholarships over the past few years has been “heavily flawed”.
She was at the time responding to questions of a case where a doctor recently revealed that he was side-stepped for public service scholarship opportunities six times since 2016.
Parag was at the time speaking at a virtual press briefing, her first since taking up the ministerial post on August 5, following the changeover of government.

Though she said she would not go into details of the situation, the minister insinuated that during the period of the APNU+AFC government, all was not above board in how scholarships were awarded, explaining that she plans to review and change what she has observed.
“What I have found is that the system that we have for vetting scholarships, that system was heavily flawed. It is skewed to one demographic and geographic in Guyana, and that has been going on for the last five years. This government has always said it will be fair and it will be transparent to all Guyanese, and that is what we plan to be,” Parag said as she responded to questions.

Last Friday, General Physician Jason Ramcharan took to social media to reveal that he’d applied and was denied six times by the then Department of Public Service for a scholarship to pursue post graduate studies in clinical neurology.
In a few of the cases, Ramcharan received letters informing him that his request was denied due to “budgetary constraints”. Ramcharan did not mince words in blaming the previous administration.
“Under the last administration, I was deliberately robbed; denied of my scholarship opportunity. I would have been interviewed, shortlisted and never called for whatever reasons; for reasons unknown only the general public could assume,” Ramcharan commented.

Ramcharan has since been approached by the current administration to re-apply for his scholarship.
Parag noted that while he is not guaranteed a scholarship, Ramcharan and others like him can re-apply, and will be dealt with on a case-by-case basis.
The minister noted that going forward under the new dispensation, scholarships will be a crucial, fundamental area in the ministry.

During the press conference, Parag noted that the ministry will also be putting in place a number of measures to better monitor scholarships and awardees, noting that the ministry will also be looking into those cases where scholarship awardees do not fulfill their work obligations after completing their studies.
Persons who are awarded government scholarships are expected to work for the government for a stipulated period following the completion of their studies, as part of the contract that they sign on to.
Parag also noted that she will be examining those persons who would have also completed their scholarships, but have not yet been placed in a job position by the government.