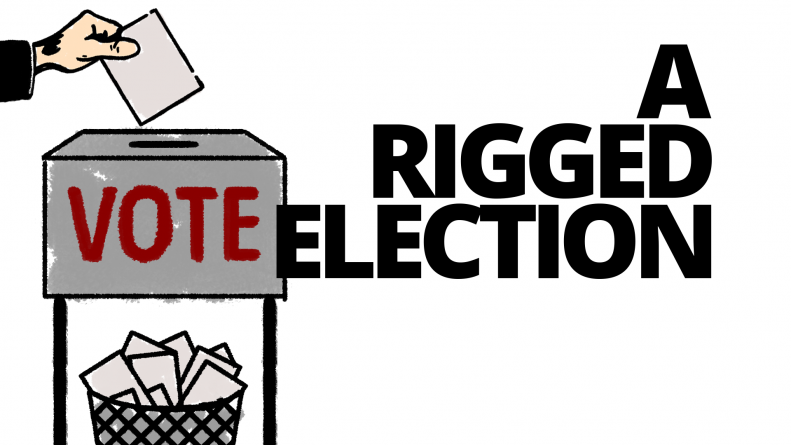 This morning (Friday, March 6, 2020), an attempt to secure blank Statements of Poll (SOPs), which could have been used to further corrupt the ongoing APNU/AFC controversy over the Region Four (Demerara-Mahaica) vote tabulation, was thwarted by alert and experienced officials of the People’s Progressive Party/Civic (PPP/C).

As recounted by PPP’s Chief Elections Scrutineer, Zulfikar Mustapha, he received a call through his agent this morning, that their presence was required at the Guyana Elections Commission (GECOM) Head Office on High and Cowan Streets, Kingston, Georgetown to open a container with blank SOPs and other elections material that had been secured with locks from each of the 11 political parties that contesting the March 2 elections.

The reason given for opening the container was that materials were needed to facilitate a recount in another Region.

Mustapha, an elections agent for several elections for the PPP, immediately became suspicious because he had participated in several recounts and none of them had ever needed unused, blank materials.

He went to GECOM accompanied by Attorney Anil Nandlall and noted that the APNU representative immediately opened their lock. But Mustapha voiced his party’s objections to the GECOM Official, who then informed Chief Elections Officer, Keith Lowenfield, via telephone.

The CEO said he was going to seek legal guidance and return at 12:00h today.

Nandlall correctly predicted he would never show up.

The former Attorney General told reporters outside GECOM Head Office that recounts had nothing to do with those blank documents but is merely a review of a count already made.

“If you want a review of [the count that was done at the place of poll], the law is very clear and English language is very clear. A recount means a review of a count already done. It cannot involve and does not contemplate the intrusion of alien material – something that was not set out before, and the law sets out how a recount or final count is done,” Nandlall explained.

According to the Nandlall, “this request for something additional – a new statement of poll or a blank Statement of Poll – is sinister… We are deeply suspicious that there will be or there is an attempt to fabricate, duplicate and forge Statements of Poll because we know they are relying on statement of poll from Region Four that are inaccurate, that are a forgery.”