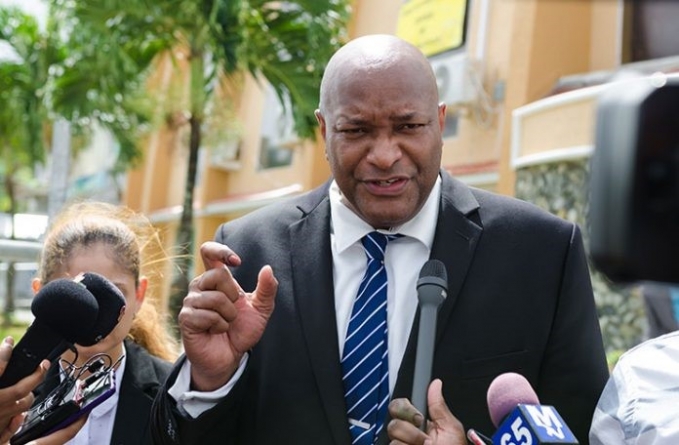 These flamethrower calls only from Guyanese for a truce and/or a unity government amidst the virtual global call by the International Community demanding that the verification and tabulation process for Region 4 be completed in accordance with the laws of Guyana for the March 2, 2020 General and Regional Elections, as a prerequisite for the declaration of which political party won the Elections.

From the commencement of the General Elections cycle, each political party knew and accepted the rules and laws governing the electoral process. To abruptly change the rules to prevent the true winner from being announced and make a declaration that is breaches the law is to declare a farcical, fabricated and fraudulent result.

Those GECOM employees and commissioners and their enablers from APNU-AFC are seeking to circumvent the laws of Guyana with prejudice to the party that won the election.

When the United States Secretary of State, The European Union, The United Kingdom, Canada, and international organizations such as the Commonwealth of Nations, Organization of American States, The Carter Center and even our fettered CARICOM – are asking that we adhere to statutory provisions, adhere to the laws of Guyana and have a transition to a new government within the confines of the law, most specifically to not violate the Representation of the Peoples Act. Instead we have these embarrassing damages being done to our fledgling democracy, Guyanese suffer and experience tremendous losses economically, socially and politically.

Asking for a Truce or a Unity Government now is tantamount to condoning Cheating and Stealing. The call further disrupts and discredits the unfolding of a democratic process that all political parties signed unto.

It is the height of illegality, deceit and dishonesty to bypass the clearly defined laws set forth for the processes to be followed in conducting Guyana’s General and Regional Elections, in the first instance as occurred on March 5, 2020, with the premature declaration of Region 4 results; and in the second instance, to contemplate lateral requests for unity government and an unwarranted truce that further corrupts and undermines the democratic system in as much as it seeks to restrict and violate the rights of the winning party to form a government as enshrined in the Constitution of Guyana.

Our local and diaspora politicians and commentators must not be so disingenuous, by encouraging and condoning the shifting of legally posted goalposts, to make statements that known or unknown to them, will undermine the overwhelming circumstantial evidence and the multiple cases of direct evidence, which indicate that the PPP/C won the March 2, 2020 elections. The PPP/C adhered to the laws and rules of Guyana and won the General and Regional Elections; give them their due. We all want an inclusive, diverse and participatory governance, this will never occur by aborting and subverting the laws specifically set up for the electoral process in Guyana.

For President Granger to claim on March 9, 2020 – that he would not allow political malefactors to hijack our democracy is akin to saying he would not allow his administration to hijack democracy in Guyana. It is cognitive dissonance expressed with amazing clarity. Only the APNU-AFC administration has the power to hijack Guyana’s General Elections in 2020, and the evidence is overwhelmingly that this is just what APNU-AFC is in the process of doing.

Eight (8) rhetorical questions were asked in yesterday’s Stabroek News Editorial captioned “Truth”, dated March 9, 2020, and I have taken up the challenge to provide the obvious answers.

In closing, it is noteworthy that based on the demographics of Guyanese in Guyana re:  Guyanese of Indian Ancestry – 39.8%; Guyanese of African Ancestry – 30%; Guyanese of Mixed Ancestry – 19.9%; Indigenous Guyanese – 10.5%; Guyanese of Chinese, European and Other Ancestry – 0.5%;  – the foregoing is used to illustrate that the major parties clearly need at least 25% voting support outside of their core constituency to obtain a majority. So, this mantra being peddled conveniently that whoever wins the election, results in Guyana losing; calls for a government of national unity and a truce; does not stand up to reasoned scrutiny under our democratic system. The call is like a dust cloud used to blind many Guyanese from accepting the reality that in our democratic system, once honoured, constitutionally requires that the winning party controls the government. Let us not sacrifice principle for party paramountcy.

Let us hope that a democratic transition occurs as sought by Michael Pompeo, United States Secretary of State and recognize that the very serious threat of personal sanctions against violators of the Representation of the People’s Act and the Constitution of Guyana takes precedence over party paramountcy and self-interest.