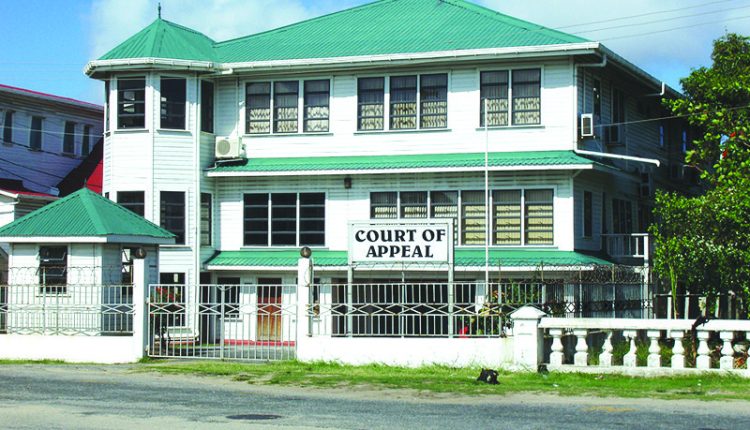 The Appeal Court – which is being presided by Appellate Judges, Justice Dawn Gregory and Justice Rishi Persaud, and High Court Judge, Justice Priya Sewnarine-Beharry – has fixed Saturday at 10:00hrs for the commencement of a marathon hearing of arguments.

Justice Gregory has asked the parties in the matter to condense submissions so that the hearing of the matter, which is of national interest, can be expedited.

On Monday, Justice George ruled that the recount results are valid and hence, must be used as the basis of a final declaration by the Guyana Elections Commission (GECOM).

This decision was handed down in the case brought Coalition agent, Misegna Jones, who is seeking to block GECOM from declaring the results of the March 2 elections using the recount figures.

Lowenfield’s lawyer, Senior Counsel Neil Boston, informed the Court that his client does not intend to participate in this appellate process. The CEO is the third-named respondent in the matter.