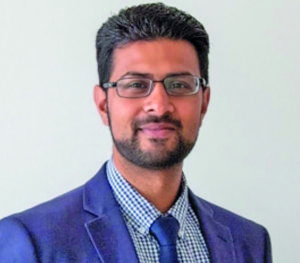 Having lost the March 2, 2020 polls, the embattled A Partnership for National Unity/Alliance For Change (APNU/AFC) is now pushing the notion of ŌĆśsovereigntyŌĆÖ as an excuse to stave off growing international intolerance over its failure to concede defeat and allow for a smooth transition of government to the PeopleŌĆÖs Progressive Party/Civic (PPP/C).

Since the March 2, 2020 General and Regional Elections, the David Granger-led APNU/AFC has been very confrontational with the international community, which has been calling for credible elections results to be declared in Guyana.
The coalition has wasted no time in accusing foreign powers of ŌĆ£interferingŌĆØ in the domestic affairs of Guyana and in effect had told them to ŌĆ£stay outŌĆØ.
Wazim Mowla, a Guyanese-American author at Global Americas, in an opinion piece titled ŌĆ£Patience running thin in GuyanaŌĆØ, has underlined the fact that while the incumbent APNU/AFC Government would want to resurrect the notion of sovereignty, it could not do so conveniently.

Mowla, whose article was published on July 22, was at the time referencing the scathing attack launched by the APNU/AFC against Caricom leaders, more so the St Vincent and the Grenadines Prime Minister, Dr Ralph Gonsalves.
Dr Gonsalves had said that Caricom would not stand idly by and allow for the national recount results to be set aside, and that they must be the basis on which the elections results are declared. However, his statement, even though it echoed those of current and former Caribbean leaders, was labelled as ŌĆ£foreign interferenceŌĆØ by the APNU/AFC.

According to Mowla, while the coalition demands respect for GuyanaŌĆÖs sovereignty, the Government is party to several international, regional, and bilateral agreements, ŌĆ£many built around ideas of democracy and intended to hold Guyanese leaders responsible if democratic principles are not respectedŌĆØ.

However, Mowla noted, ŌĆ£Sovereignty now is a convenient fig leaf for democratic malpractice.ŌĆØ
GuyanaŌĆÖs Ambassador to the US, Dr Riyad Insanally, was summoned to a meeting with Assistant Secretary of State, Michael Kozak in March to discuss the political crisis in Guyana and the APNU/AFCŌĆÖs refusal to accept defeat.
However, mere days after the Ambassador was summoned, in a typical act of defiance, the Government, through the caretaker Foreign Affairs Minister, Dr Karen Cummings, issued a statement ŌĆśremindingŌĆÖ the international community that Guyana is a ŌĆśsovereign StateŌĆÖ.

Guyana is a member of the Commonwealth, the United Nations, the Organisation of American States and Caricom, and through its obligations under various international treaties executed with these organisations, it enjoined to practise and embrace democratic processes, including free and fair elections.

Greenidge had argued that it was in GuyanaŌĆÖs interest that ŌĆ£peopleŌĆØ do not do things then argue that the country is a sovereign State, adding that one must be very careful not to invoke issues that suit a specific topic, because they may have implications for the country.

Former Jamaican Prime Minister Bruce Golding, during his presentation at the OAS Permanent Council meeting on Guyana, Tuesday, said that even if the electoral crisis ended immediately, it would take institutional change and more than a generation to rebuild GuyanaŌĆÖs image within the international community.

Meanwhile, Mowla contended that the actions and defiant utterances by members and supporters of the coalition have tested the patience of Western powers and regional institutions.
The author warned that in order to stave off further actions from foreign powers, the immediate solution is for the David Granger Government to concede defeat.